Dele Alli Reveals Why Tottenham Can Cope Without Harry Kane

​Dele Alli has cited Tottenham's Champions League success from last season as proof that they can cope without Harry Kane up front.

Kane could miss the rest of the season through injury and Tottenham have felt his absence, failing to score in their last three league matches - the first time they have done so since November 2013. Spurs joined Bristol Rovers and Bournemouth as the only side's in England's top four tiers to have failed to find the net in the league in 2020 following their 0-0 draw with Watford on Saturday.

Despite just one win in their last six league games, Alli remains optimistic that Spurs can cope in Kane's extended absence - pointing to last season's European run without their star forward where they made it to the Champions League final.

​Tottenham have lacked creativity throughout the course of the campaign, something that was evident in their goalless draw at Vicarage Road. However, Spurs did have chances, with ​Alli himself culpable of missing a fairly straightforward header, and explained why they were having trouble in finding the net.

"Not enough runs in behind," claimed the England midfielder. "Definitely not clinical enough. I look at myself first. I had that header and should have scored. The other attacking players may not be happy with the chances created as well... we weren't creative enough." 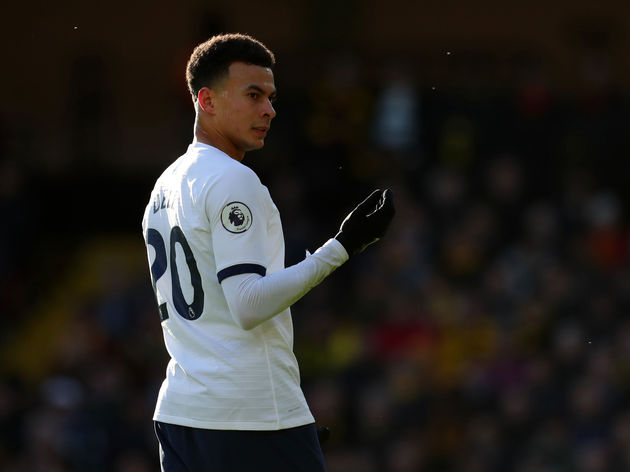 Spurs have been ​linked with a number of replacement strikers for ​Kane, who could miss Euro 2020 with England. Tottenham have already secured a loan deal for Gedson Fernandes during the January window, and the call for further reinforcements across the pitch has been widespread among fans.

Meanwhile, Alli's mini resurgence under Jose Mourinho seems short lived as the 23-year-old has failed to impress in recent games and was replaced by Christian Eriksen against Watford - despite the Dane's potentially imminent departure.