​Crystal Palace are interested in signing Norwich defender Jamal Lewis as Roy Hodgson looks to strengthen the Eagles' defensive line, while the Canaries have already identified a potential replacement.

The London club are eager to add depth to the full-back area having never really replaced Aaron Wan-Bissaka last summer, while persistent injuries to key defenders have only exacerbated the issue.

21-year-old Lewis has started 13 of Norwich's league games this campaign but has struggled in recent weeks, losing his place to summer signing Sam Byram. But according to ​The Mirror, this hasn't put Palace off and the Eagles are prepared to take a chance on the talented starlet - who has already made 12 senior appearances for Northern Ireland.

Two of ​Crystal Palace's left-back options Patrick van Aanholt and Jeffrey Schlupp are both injured for the foreseeable future, with Hodgson forced to use the previously overlooked Jairo Riedewald as a makeshift full-back.

Meanwhile, key defenders such as Mamadou Sakho, ​Gary Cahill and Joel Ward have all struggled with fitness this term, leaving no option but for Palace to dip in to their pockets this January. 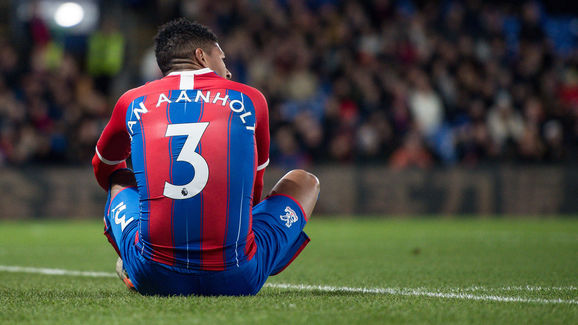 ​Norwich are seemingly consigned to losing the defender and have already identified his potential successor. According to ​The Sun, the Canaries are hoping to acquire the services of Xavi Quintilla from Villarreal during the ​transfer window - something that would more or less make Lewis surplus to requirements at Carrow Road.

The signing of the young Northern Irish full-back would certainly be an intelligent move for the Eagles, offering them both a short-term and long-term solution to their problems in wide defensive areas. Also, Lewis may be keen to exit Norwich as the side seem set for relegation back to the Championship this season.

Palace have already been busy in January, most notably signing Cenk Tosun on loan from Everton to ease their issues in front of goal.