8 of the Most Chaotic Press Conferences

​A press conference is supposed to be a great chance for managers or players to sit in front of a group of journalists and get answers to some of the most pressing questions in the game.

However, sometimes it doesn't go exactly like that. In fact, sometimes it goes in a completely different direction - and they're usually the most memorable ones.

Here are eight of the most chaotic press conferences of all time. Italian legend Giovanni Trapattoni has an outstanding CV. He won countless titles in Italy, but his time over in Germany with ​Bayern Munich is perhaps best remembered for a press conference back in March 1998.

At that time, Bayern were on a run of three consecutive league defeats, and Trapattoni wasn't happy. He took the chance to express his anger, berating his players in broken German and repeatedly slamming his fist on the table, before he stormed out the room.

It wasn't always easy to understand what he was saying, but he was still applauded for his passion when all was said and done. Following Kevin Keegan's resignation as ​Newcastle United manager in September 2008, Joe Kinnear stepped in to try and save the day, but things got off to a frosty start.

Almost instantly, Kinnear identified journalists who had written stories about him and unleashed a tirade of insults and vulgarity, including swearing over 70 times, before refusing to deal with national media again.

The Newcastle press officer pleaded with journalists not to publish any of the quotes, but Kinnear himself encouraged them to do so. 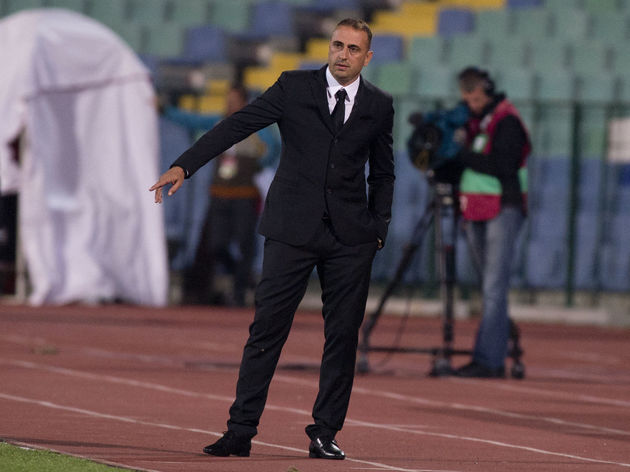 One of Bulgaria's most exciting coaches, Ivaylo Petev was given the chance to prove himself at Levski Sofia in October 2013, but lasted just 24 hours. His first press conference will tell you why.

Several fans of the club rushed the stage to protest Petev's allegiance with rivals CSKA Sofia and pulled off his shirt, before swiftly escorting him to the exit door.

Unsurprisingly, Petev decided to walk away from the job almost immediately after the incident.​ After snubbing a move to ​Everton, Vítor Pereira opted to become the new manager of Saudi side Al-Ahli in 2013, but he endured a challenging time with the club.

In March 2014,​ Al-Ahli's press officer told journalist that Pereira would only answer questions about his team's overall performance, rather than discussing individual players. Unfortunately, he clearly did not run this by Pereira, who chose to publicly disagree with his press officer.

The pair then found themselves in a furious war of words, in which Pereira threatened to walk about on a number of occasions, and no questions really got answered. In late 2016, winger Pione Sisto was handed his first call up to the Denmark Under-21 side. Having been born in Uganda but raised in Denmark, he had battled to earn the chance to represent the Scandinavian side, and he eventually succeeded.

At that time, he was viewed as one of the country's finest young prospects, so he was presented to the world at a press conference. Sisto's parents came along, and they chose to celebrate the occasion by performing a traditional dance for the cameras.

The pair sung and danced around the room, before convincing Sisto to paint his face, pick up a stick and join in. The questions were no longer important.​ ​Chelsea's ​Premier League title triumph in the 2016/17 campaign was a momentous occasion for the club, and the squad were clearly eager to celebrate with their manager.

During Antonio Conte's press conference in May 2017, ​Diego Costa, ​David Luiz and John Terry turned up to try hurry things along. Costa even pointed a fire extinguisher at journalists to warn them not to answer any more questions.

The players eventually gave up, with Costa and Luiz strutting on to the stage to physically pick Conte up and drag him back to the dressing room to party. Standard. In July 2017, Real Salt Lake manager Mike Petke's frustrations got the better of him. Having been annoyed by a number of refereeing decisions, Petke refused to answer any questions about the officials, but did choose to give a statement.​

Petke brought pictures of various events from his side's last two games to question the inconsistency in refereeing. He demanded that each journalist in the room was given a copy of a number of photos, before running through each in detail.

He was furious at how his players had been punished, but opponents had been allowed to get away with worse transgressions. Petke would have had even more photos, but admitted that the club printer broke down. Towards the end of his time with ​Manchester United, José Mourinho found himself facing plenty of criticism and questions about his future. In August 2018, after a 3-0 loss to ​Tottenham Hotspur, he decided that he had had enough.

They may have conceded three goals, but Mourinho insisted that that 'three' actually represented his tally of Premier League titles, which was more than the rest of the managers in the league combined.

He walked out soon after, calling for the journalists to show him some more respect.