Exclusive - Borussia Dortmund striker Paco Alcácer has been offered to Manchester United and Tottenham on loan this month, with both Premier League sides each recently losing their main goal threat to injury.

United talisman Marcus Rashford suffered a stress fracture last week that is expected to keep him sidelined for at least the next six weeks, while surgery on a ruptured hamstring will see Spurs hero Harry Kane out of action until April. United boss Ole Gunnar Solskjaer admitted in the wake of Sunday’s defeat to Liverpool that injuries could see the club consider short-term deals, while José Mourinho spoke on Friday about bringing in a new centre forward at Spurs, who currently lack an attacking focal point.

And with both clubs seemingly in the market for attacking reinforcements, a source has informed 90min that Alcácer has been offered to United and Spurs on a temporary deal.

The Spaniard has been in and out of the Dortmund team since recovering from injury in November and saw competition in the squad rise dramatically when the club sealed the January signing of Erling Haaland from RB Salzburg. With Alcácer not in the squad, Haaland made his Dortmund debut on Saturday and scored a hat-trick within 23 minutes of coming off the bench in a comeback win against Augsburg. It was the teenage Norwegian’s sixth hat-trick of the season, including the five he scored for Salzburg.

Alcácer started 2019/20 in fine form and scored five goals in his first four appearances. He also netted 18 times in the Bundesliga last season after joining Dortmund from Barcelona.

The player himself is open to the idea of moving to the Premier League. However, despite Alcácer’s services being offered, there is not yet any indication as to whether United or Tottenham would be interested in exploring a potential loan deal. 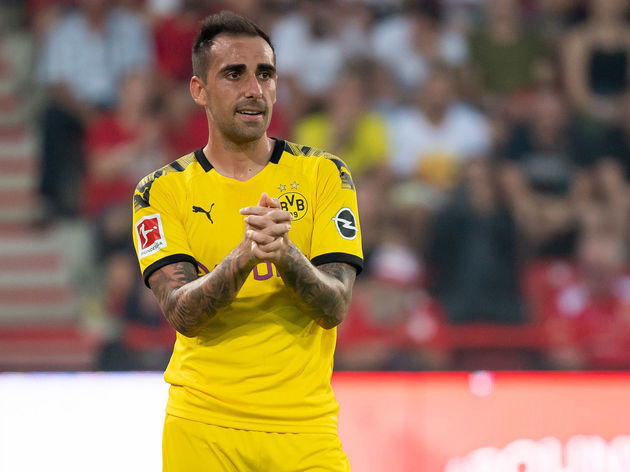