7 Championship Players Tottenham Should Be Looking to Sign This January

Dele Alli's success since arriving at Tottenham had fans of all ages and demographics - not just the middle-aged blokes sipping their unbranded lager at 11am and using selfies taken from an unflattering angle as their Facebook profile picture - wondering why the club don't look to exploit the lower league market more often.

Mauricio Pochettino explained during his time in charge that trying to sign players from down the footballing ladder is often a hit-and-miss approach - for every Alli, there's a Grzegorz Rasiak.

However, seeing the likes of Tammy Abraham, Mason Mount, Emi Buendia, and the entirety of Sheffield United all thrive this season with little-to-no top-flight experience, it appears the gap between the Championship and the Premier League is at least closing - with Tottenham languishing in mid-table and in desperate need of a squad refresh, they could do with some hungry talent from the second tier.

Spurs brought in Jack Clarke from Leeds in the summer and saved Ryan Sessegnon from dropping back into the division, but there's plenty more work to be done in N17.

Here are 90min's picks for who ​Tottenham should be looking at from the Championship. The EFL's masters of recruitment, ​Brentford have enjoyed three years so far of Ollie Watkins tearing it up in the Championship. The versatile forward managed to hit the 10-goal tally in his first two campaigns at Griffin Park, and after the sale of Neal Maupay to ​Brighton in the summer, has enjoyed the 2019/20 season as the Bees' central striker, joint-leading the Championship scoring charts.

Every player has his price though, and that's true at Brentford perhaps more than anyone else in English professional football - a club with such big ambitions runs on a relatively small budget, and are always braced for one of their key players to be sold for outrageous profit.

At Spurs, he could continue his stint as the number 9 or cover some more holes on the wings - either way, he's exactly the sort of profile that the club need. “If you watch the game, you don’t see Phillips. But if you watch Busquets, you see the whole game." - Vicente Del Bosque, chugging down his Bovril at Elland Road (citation needed).

Many people wonder how managers of Pep Guardiola's ilk would do if they managed a lower league side, and the answer we now have is they would play like Marcelo Bielsa's Leeds United™.

Right in the middle of El Loco's side is Kalvin Phillips, a defensive midfielder who can actually pass the ball - a concept long forgotten at Tottenham, apparently.

There have been calls for Phillips to even make the England squad for Euro 2020 such is the country's dearth of ball-playing midfielders, but it's not an outrageous shout; Phillips will certainly grace the Premier League sooner rather than later with either ​Leeds or literally any other team. Why the hell is ​Aleksandar Mitrovic spending his prime years​ in the Championship? Shame on every top-flight club for not making a push to sign him after ​Fulham were relegated last season.

If Tottenham are in the market for a proven goalscorer, in particular a capable target man, then all roads should lead to Mitrovic. 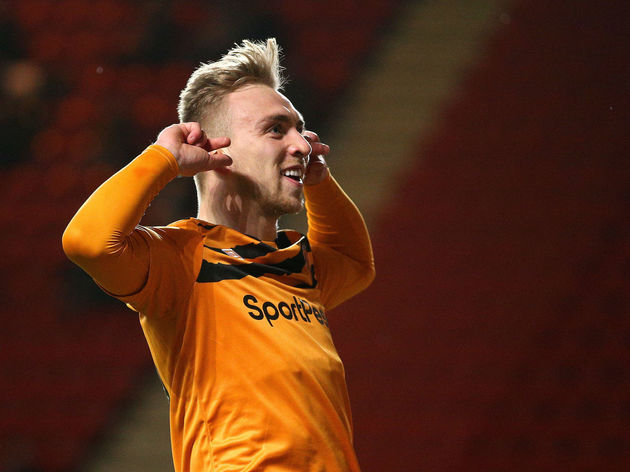 ​Spurs have a longstanding interest in Bowen from previous scouting endeavours into the Championship, and so will be aware of his continued rise at ​Hull.

Scoring a remarkable 52 goals in 116 games since joining the Tigers is even more astounding when you consider the calibre of player that Bowen has lined up alongside - bad ones. Not saying any potential teammates at Spurs won't also be bad, mind. Still, at least that's an environment he could thrive in. Another winner from Brentford's ​scouting system, Bryan Mbuemo has slotted in perfectly at Griffin Park alongside Watkins and Said Benrahma - the BMW, as the kids call them.

Already a France Under-21 international, the winger has adapted quickly to life in London, already bagging 11 goals in 25 games in the Championship. Again, the Bees aren't averse to selling their star assets for the right price... While Bielsa's Leeds are the Championship's most entertaining side, Mark Warburton's ​QPR aren't far behind. Defensively naive, maybe, but definitely not blunt in attack, and they have Ebere Eze largely to thank for that. Tottenham have needed a right-back ever since Kyle Walker left in 2017, and if they are so against just buying a good ready-made one, they may as well invest in a prospect there instead.

​90min have already learned that Milan hold an interest in Jayden Bogle, and Spurs should be rivalling any bid made for him.

​Derby's season has been marred by controversy, and yet it's boiled down to the 19-year-old defender to be the cool head - four assists in 19 games is an impressive return.