​New Barcelona manager Quique Setién has confessed he was pleased with his side's 1-0 win over Granada as he saw plenty of things which he wants from his team.

Barcelona were overwhelmingly dominant against their opponents, but were made to wait until the 76th minute for their breakthrough. Unsurprisingly, it was Lionel Messi who fired La Blaugrana to victory.

When the team you now manage nets its first goal. @QSetien#BarçaGranada pic.twitter.com/Aq9KfdR34F

Speaking after the game (via ​Marca), Setién confessed that it was a positive start to life as ​Barcelona manager, but there are still ways for his side to improve in the future.

"I think it was a 'good'," Setién said when asked to describe the team's performance. "

"Furthermore, it was an unpleasant day, with wind, a dry pitch, and this stopped the circulation [of the ball]. 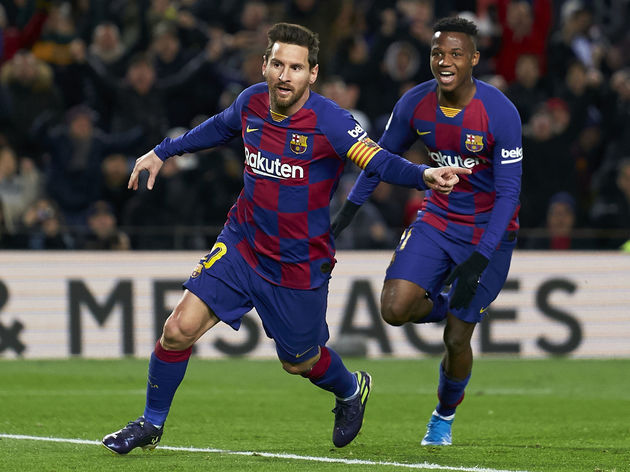 "I'm happy because we only conceded one shot in the first half and the shot that hit the post in the second half came from our loss [of possession].

Eye-popping numbers from our No. 5 against Granada