Have you ever had a day where everything has just clicked?

You've woken up ten minutes before your alarm goes off but you feel more refreshed than usual. You hit every green light on the way to work. You nonchalantly snag the last doughnut.

Stretch this day out to five months, scrap the doughnuts, and you have Suat Serdar's season so far.

The 22-year-old German international is in his second season with Schalke and has more goals than the likes of Son Heung-min and Alexandre Lacazette, from midfield. He notched his seventh league goal of the season already against Borussia Mönchengladbach on Friday evening as ​Schalke ran out 2-0 winners.

That win, against the side who had led the Bundesliga table for almost half the season, saw Schalke maintain their fifth-place position. ​Bayern Munich

Under David Wagner, the man who somehow avoided relegation with Huddersfield Town in the Premier League, Schalke have snuck their way into one of the most exciting Bundesliga title races in recent years, thanks in no small part to the performances of their midfield dynamo, Suat Serdar.

Born to Turkish parents, Serdar came through Mainz's academy before being lured to He was given time, playing more than half of Schalke's Bundesliga minutes, but joined the Ruhr giants in one of their worst campaigns in recent history, losing 17 league matches and flirting with relegation the entire season.

While showing glimpses of his talent in his debut term, Serdar's emergence in 2019/20 has been a joy to watch for anyone of a Schalke persuasion. The midfielder is not only the team's top scorer, but he ranks third in the entire division for tackles per game, dispossessing the opposition three times per match thus far.

It's no coincidence that Serdar's arrival coincided with the departure of Schalke's former number eight, Leon Goretzka, to Bayern Munich. This work ethic has seen him thrive under Wagner's stewardship at the club so far. The former Dortmund youth-team coach was tasked with revamping Schalke's style and lifting this mammoth institution of German football out of the malaise last season's struggles induced.

Putting an emphasis on pressing the opposition has been a staple at any of Wagner's previous sides and his time with Schalke has been no different.

Wagner drew inspiration from former Chicago Bulls and Los Angeles Lakers coach Phil Jackson to help get the players into shape for the upcoming campaign. With Serdar in particular, a

The 7.1 miles he covered in the Royal Blues' 3-1 win over RB Leipzig at the end of September, the league leaders' first defeat of the season, was symptomatic of a Schalke side surprising many in their quest for a return to Europe next season. Serdar's form in front of goal is unlikely to continue at the astonishing rate his efforts currently fly into the net (the 22-year-old is currently sitting on a conversion rate of 24%, which is frankly unsustainable unless you are ​Jamie Vardy). But as we've seen, goals are not all of his game

And while he is unlikely to finish the season with more strikes than Lacazette or Son, he still poses a superb attacking threat for a central midfielder.

With Son in mind, Serdar could prove to be an adequate replacement for his teammate, ​Christian Eriksen, should his impending move to Inter ever go through. The Schalke man isn't anywhere near as creative as the Dane in possession, but is much more mobile, defensively sound and can offer a goal threat either in a double-pivot or as the shuttler in a three-man midfield.

Manchester United could also be viable destination for the German midfielder, given their desperation for warm bodies in that area of the field has seen the reintroduction of a Chicago-bound Nemanja Matić.

However, the best fit for Serdar on these shores may lie with Wolves. 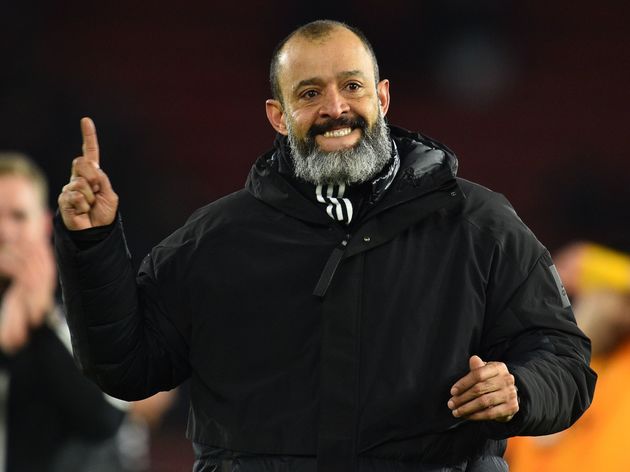 With super-agent Jorge Mendes intertwined with the club, Wolves are no strangers to recruiting star players from abroad. One such signing, Raúl Jiménez, is perhaps the most indispensable player in the Premier League.

No player in the division can boast a higher percentage of both his team’s expected goals and expected assists, with around 25% of Wolves’ output for each. While this is impressive, it also highlights a worrying reliance upon the Mexican forward.

Recruiting Serdar, a player who has spent considerable time playing in a back-three with Mainz and Schalke, may relieve some of the strain put upon their main man's shoulders, slotting into their midfield alongside Ruben Neves and Joao Moutinho.

However, it's unlikely Wolves will be able to prise him away from Schalke in January, as Serdar looks to continue his remarkable form and guide the Royal Blues into Europe, and maybe even a shock Bundesliga title.