​Bayern Munich kicked off the new year with a 4-0 win against Hertha BSC, where Robert Lewandowski added to his goal tally this season

The hosts had the first real opening in the match but Davie Selke's header flew tamely over the crossbar, while at the other end of the pitch Robert Lewandowski poked a shot just wide of

Ivan Perišić peppered shots at Hertha's goal after half time with no reward, but Bayern Munich eventually broke through their hosts' defences when Thomas 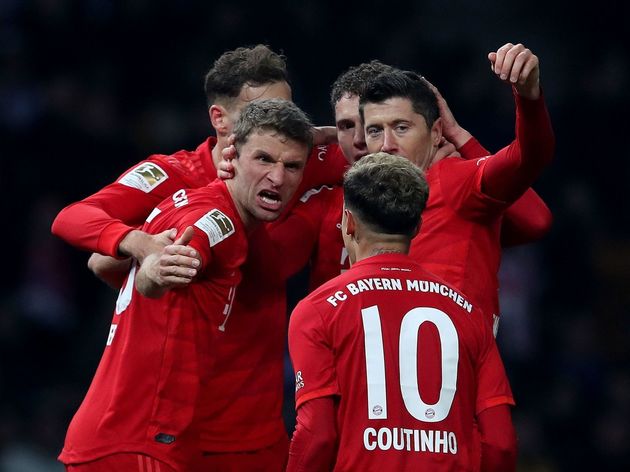 It must have felt like possession for possession's sake for the away fans at points, but Bayern Munich were just struggling to find a way past their hosts.

Jürgen Klinsmann's side were set up to frustrate Bayern Munich in the final third and even when the Rekordmeister did break through, Philippe Coutinho, Robert Lewandowski and As he continues to show with every single performance,

Thiago is our brain. Imagine wanting to get rid of him. #BSCFCB

My thoughts at halftime

Bayern Munich's first match at the Allianz Arena this year will come against David Wagner's Schalke in next week's Topspiel, while Hertha BSC travel to face an out of form VfL Wolfsburg.