​Roma and Inter have reopened negotiations over the transfer of winger Matteo Politano, after the two teams failed to agree terms over a swap deal involving Leonardo Spinazzola earlier this week.

Politano looked set to join Roma, but the deal ground to a halt when Inter requested an extra medical test for Spinazzola, despite the wing-back passing his original exam. 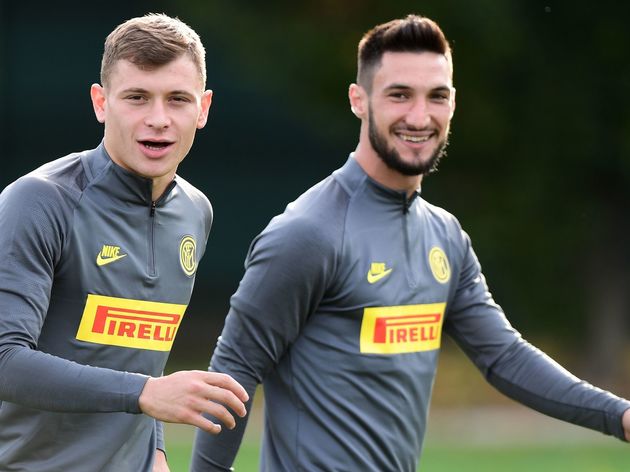 Roma denied I Nerazzurri's request and the two teams abandoned the swap deal altogether, but I Giallorossi remain keen on bringing Politano to the Stadio Olimpico, and ​Gianluca Di Marzio reports that they have returned to Inter with a fresh bid for the winger.

The two teams are willing to find a solution over the 26-year-old's future, and they are discussing the possibility of an initial loan move with an obligation to buy at the end of the season. Spinazzola looks set to remain at Roma however, after I Nerazzurri completed the signing of defender Ashley Young from ​Manchester United.

Politano came through the ranks at Roma as a youngster, but he was allowed to leave for Pescara in 2013. The forward subsequently moved to Sassuolo, where he gained many admirers over the next three seasons.

​Inter signed Politano in 2018, and he had an excellent first season for I Nerazzurri, bagging five goals and helping his side to regain Champions League football for the following season. But the winger has struggled to adapt to Antonio Conte's system during this campaign, and the Italian giants are prepared to cash in on their misfit star in the January transfer window.

There was plenty of tension between Roma and Inter following the breakdown of the previous deal, with I Giallorossi left bemused that their rivals attempted to change the terms of the deal after the initial agreement.

Politano did not travel to Lecce for Inter's Serie A fixture on Sunday afternoon, as Conte's men look to regain top spot in the title race with bitter rivals ​Juventus.