​The January transfer window loves throwing up some intriguing transfer rumours. One of the latest around London has been West Ham's reported loan interest in Chelsea midfielder Ross Barkley.

Just one word: why?

On paper, this is the kind of deal which makes sense. Barkley is an England international who probably needs more minutes, and West Ham would definitely try their best to offer that to him. However, delve a little deeper and you'll realise that this move would make zero sense for anybody involved.

Nobody is denying that ​West Ham could do with one or two additions this winter. The Hammers are down in 16th in the ​Premier League and are trying to get to grips with David Moyes' style of management.

The likes of Felipe Anderson and Manuel Lanzini are already there to create in attack, while Pablo Fornals and even Robert Snodgrass can fill in when needed. What West Ham are actually lacking is some midfield grit. They have been completely overwhelmed at times this season, and they don't look to have the options to stop that.

Spending so much money covering ​Barkley's wages would be horribly misguided, as those funds need to be spent on some stodge in midfield. Abdoulaye Doucouré, Franck Kessie and even Victor Wanyama are just three examples of better signings.

Just while we're on the topic of covering wages, would it kill West Ham officials to actually back Moyes with some transfer funds instead of pushing him to the loan market? 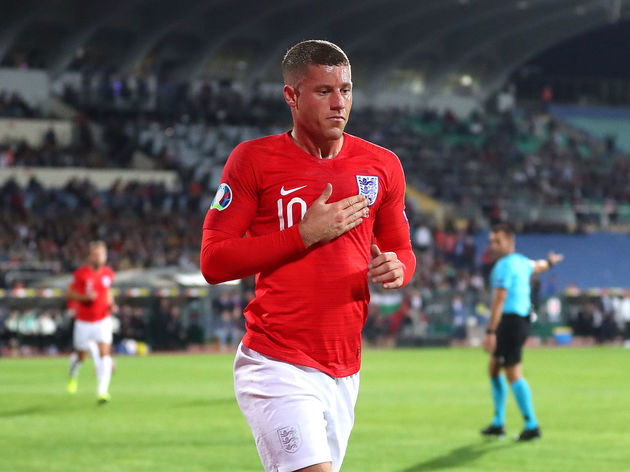 Anyway, back to midfielders. Barkley is nothing like the kind of player West Ham need. He's injury prone, he's inconsistent and he isn't disciplined enough to sit deep in midfield. Y'know, because he's not a defensive midfielder.

Stop focusing on this deal and try bring in someone who will actually fill a void and make the team better.

West Ham's recent transfer business has risked turning them into a laughing stock. This is a club who spend so much money, yet currently sit 16th. 16th.

That's worse than ​Everton, who have already turned into a laughing stock for spending so much money and sitting 11th. For too long, club officials have been flexing their surprisingly deep pockets with very little direction. While many of their signings have been fantastic - just look at the arrivals of Issa Diop and

The Englishman has attracted plenty of criticism since his switch to Stamford Bridge, but he has actually been fairly impressive under current boss Frank Lampard. Had it not been for injury, Barkley would have played nearly twice as much as he has already. Lampard likes him, and Barkley has even made Chelsea better at times this season. The Blues were obviously not going to let him go.

It's clear to see why West Ham would want him, but it's easier to see why the Hammers shouldn't want him.

The Hammers need to move on from this. There are bigger problems which need solving, and the relegation zone is slowly creeping up on them.