​Atlético Madrid suffered a disappointing 2-0 defeat at relegation-threatened Eibar on Saturday evening, as Diego Simeone's men failed to narrow the gap on their title rivals Real Madrid and Barcelona.

Atleti thought they had survived an early scare when Esteban Burgos' close-range strike was ruled out for offside, but replays showed that the defender was onside when the ball was flicked into his path, and VAR overturned the decision in the hosts' favour. Despite being behind in such a crucial match, Atleti struggled to muster any meaningful opportunities over the 90 minutes, registering only three shots on target and a measly eight in total.

The Madrid club dominated possession for large periods, but they lacked a cutting edge in the final third - an issue which has haunted Simeone in recent years. Los Rojiblancos failed to increase the tempo as the minutes ticked by, and Eibar remained good value for their slender lead.

The hosts completed their surprise victory in the dying minutes, as Edu Exposito drilled a precise finish beyond Jan Oblak from the edge of the penalty area, after los Rojiblancos failed to deal with another corner kick. 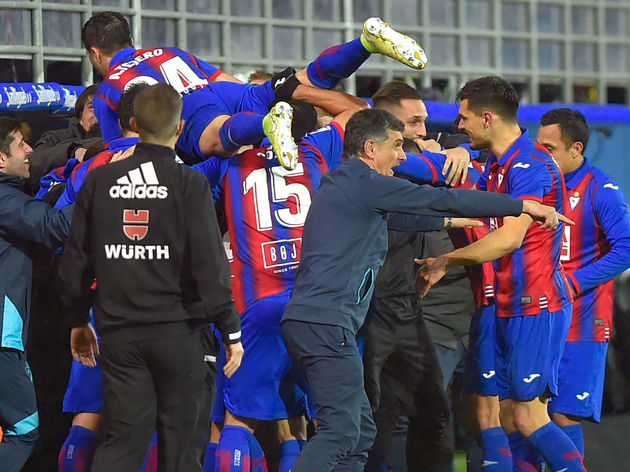 The title chasers face a home tie with Leganes in their next La Liga fixture, before travelling across the city to take on bitter rivals ​Real Madrid, who defeated Atleti in a dramatic penalty shootout in the Supercopa de España final last week.