Top of Deloitte's Football Money League and arguably the greatest club on the planet, Barcelona have amassed a stunning total of 92 trophies in their 120-year history, including 26 La Liga titles, five Champions Leagues and three Club World Cups.

The 2010/11 season saw Barcelona assemble arguably football's greatest ever club side, including no less than 12 graduates from Barcelona's famed La Masia, who went on to win each of the six trophies on offer.

Moreover, in a 4-0 win over Levante in 2012, Tito Vilanova played with an 11 made up of La Masia players for 61 minutes - the first time in the club's history they were able to field a lineup made entirely of academy graduates.

Fast forward to April 2018, when Barcelona lined up without any La Masia graduates for the first time in 16 years.

Barça have suffered a drastic change in personnel at board level, sponsorship deals and to the framework of their academy, which has brought with it a change in approach from harnessing and developing young talent in favour of signing marquee players with an emphasis on winning in the short-term, not developing players for the long-term. Joining the Catalan side in 2003, Joan Laporta (pictured above) was instrumental in building the foundations and principles which ​Barcelona (partially) continue to adhere to today. Laporta focussed on the development of La Masia and the talent which it harboured and, working alongside academy managers Oriel Tort, Laureano Ruiz and Joan Martínez Vilaseca, implemented the mantra of 'we must develop players'.

The likes of Xavi Hernández, Andrés Iniesta, ​Lionel Messi, Carles Puyol, Victor Valdes, Sergio Busquets, Gerard Pique and Pedro were all La Masia graduates who went on to have successful careers with the senior team under the guidance of Laporta.

It seemed the La Masia wheel kept turning and continued to churn out top quality players year after year, although a host of changes at board level were about to change this. Following the dismissal of Laporta, Sandro Rosell (pictured above) was appointed as Barcelona's president and brought with it a complete change in philosophy. Rosell steered towards a new mantra - 'we must win' and thus sought to sign marquee players already at the peak of their powers with a view to short-term success as opposed to long-term future building.

The signing of ​Neymar Jr from Brazilian side Santos in 2013 was the catalyst for such change, although not entirely detrimental. While Neymar represented a hefty investment he was still a young talent who could be moulded into a Barça style player and went on to form one of the world's most formidable front lines alongside ​Luis Suárez, who was another marquee signing who joined in 2014, and ​Lionel Messi.

The transfer investigation into the acquisition of Neymar, which found 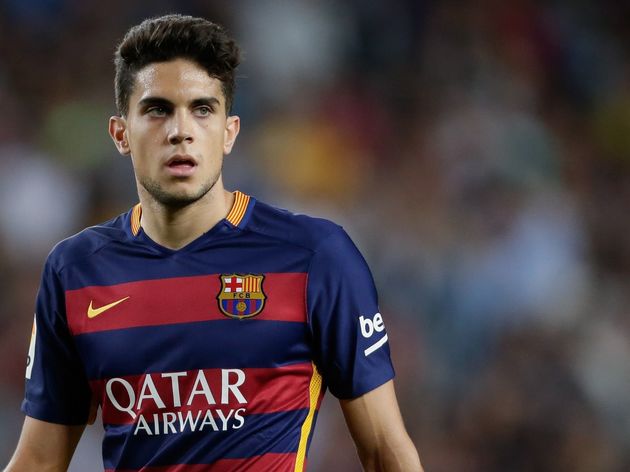 Xavi, Iniesta, Messi, Puyol and Busquets, Gerard Pique and Pedro is truly remarkable - a freak - La Masia cannot be expected to produce a batch of players of that calibre every few years.

There is still room for optimism at Barcelona as Aleña, Riqui Puig and Oriol Busquets are genuine contenders to earn starting berths at senior level with the Spanish giants. However, their development into world class players hangs in the balance. Bartomeu has to choose between instant success and building a future dynasty to rival that of Pep Guardiola's side between 2008 and 2012.

If the aim is to be content with winning La Liga and occasionally compete for a sixth Champions League title, then the current business model is sustainable. If the aim is to provide a manager with a squad filled with world class players made up of Barcelona DNA and compete both nationally an internationally, then Barça and Bartomeu must return to their old mantra; Més Que Un Club.