​I would not like to be Ole Gunnar Solskjaer and Ed Woodward tonight.

Manchester United's recent exploits in the transfer market have been well-documented (and occasionally embarrassing), and another big, fat chicken came home to roost on Saturday afternoon.

Ole wanted Haaland and Bruno this window. Chances are we will get neither. #mufc #rdevilsnation

Teen prodigy Erling Haaland famously rejected the Red Devils' January advances and chose Borussia Dortmund instead, despite having a clear connection to the manager and fellow Norwegian Solskjaer.

A move to Dortmund over Man Utd would have been unthinkable only a few years ago, but Haaland's decision comes as little surprise with the current circus surrounding Old Trafford.

But in fairness, is the kid even any good? Okay, he scored a few goals in Austria, but to quote the legendary Shania Twain, 'that don't impress me much.' 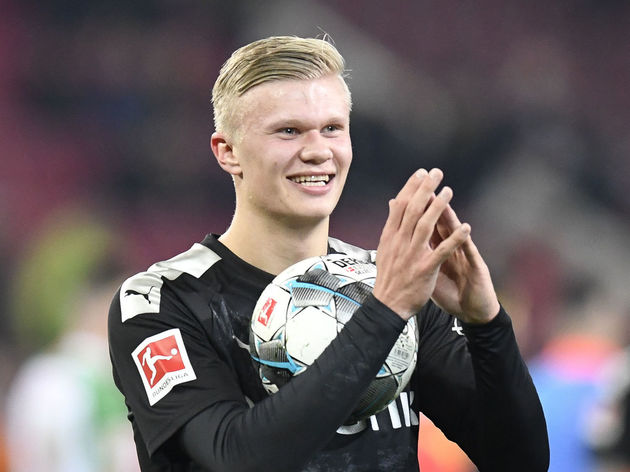 Well, Haaland bagged a hat-trick with his first three shots on his ​Dortmund debut, helping the German giants come back from 3-1 down to win 5-3.

Haaland hat trick for Dortmund. Another screwup by Woodward and Co

Wish we signed him ffs

When we have idiots running this club this is what we get.

I'm not bitter, you are.

To anyone upset about Erling Håland (of which I am one of them): remember, by all accounts he didn’t want to come, he felt Dortmund was the right option. F*ck him.#MUFC

But who needs Haaland when you have exciting prospect Mason Greenwood breaking into the team, right guys?...Guys?

bUt We HaVe GrEeNwOoD pic.twitter.com/tLkmSQTeGu

Håland scored a Hat-trick today, but it’s alright coz Martial got his number 9 back and puts on black gloves. Oh, and Greenwood’s development is more important.

Håland scores a hattrick on his debut while coming off the bench when Dortmund were 3-1 down. The thought that we could’ve signed this beast and people were complaining about Greenwood’s development, makes you sick.

But wait! The Bundesliga is only the Championship in disguise, so Haaland's goals don't mean anything. *Bashes head repeatedly against keyboard.*

People do realise Bundesliga is Championship quality aside a few teams?

Stop crying over Haaland, why would United buy him when Greenwood is a level above?

I'm not sure anyone really understands this tweet, but it was included for comedic purposes.

But of course, the most hate was saved for Woodward. The man whose career at Old Trafford could be summed up by watching a giraffe try to ice skate with two pairs of slippers on its feet missed the mark once again.

Erling Haaland scores with his first three shots in the bundesliga

Ed Woodward: Don't worry Ole, Haaland won't be any good at Dortmund. I promise I'll get you a couple of players in January. #MUFC_FAMILY pic.twitter.com/xQu3R5HtDN

Haaland scoring a hatrick off the bench.

Meanwhile Woodward is out somewhere trying to get brand deals with McDonald's.#mufc pic.twitter.com/PAJgPkWAJ8

​​Failing to attract players to the biggest club in the world should be a sackable offence, and in the words of Jesse Pinkman 'he can't keep getting away with it!'

So how the hell did Man Utd let Haaland slip? Oh wait...... its Ole and Woodward in charge. 臘‍♂

Haaland scoring for fun after Woodward messed us on him. Also, he hasn't closed Bruno Fernandez deal. MOTHER OF ALL CLOWNS.

'The mother of all clowns'. Meltdown complete.

Brace yourselves, ​Man Utd fans. This is only the beginning of Erling Haaland's rise to the top of football.