Arsenal spurned a great chance to build some winning momentum on Saturday afternoon as they were pegged back late on by a resilient Sheffield United at the Emirates Stadium.

It was a nervy start to proceedings for the hosts as Sheffield United started the much brighter side, despite being unable to fashion any clear cut chances in the opening 15 minutes. Arsenal were forced into settling for chances on the break and almost broke the deadlock as Gabriel Martinelli failed to convert a sumptuous Nicolas Pépé cross.

Despite an entertaining first half, chances were few and far between, with a lack of quality in the final ball preventing either side from taking the lead. 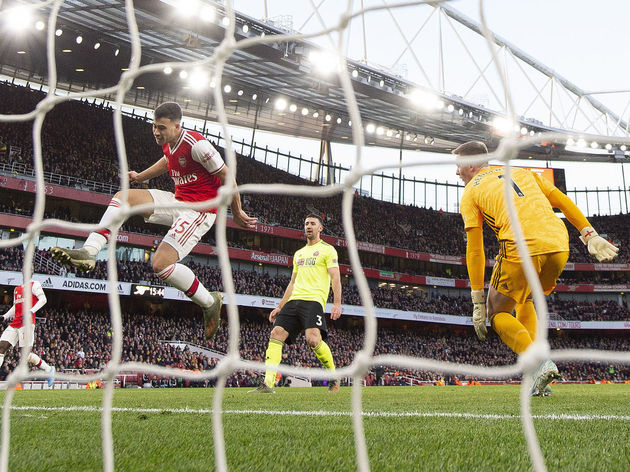 That was until a neat interchange between Mesut Özil and Alexandre Lacazette presented Bukayo Saka with an opportunity to whip the ball into the box. The 18-year-old managed to pick out Martinelli via a deflection, with the young Brazilian poking home from two yards out, two minutes before the break.

The second half got off to an explosive start with both sets of fullbacks bombing down the wings. Saka continued his bright performance and continued to test Baldock down the left-hand side while Stevens continued to threaten down Arsenal's right flank. Oli McBurnie wasted a great chance to put the visitors on level terms as his header was cleared off the line by Granit Xhaka following a Sheffield United corner. There were appeals for a handball, but replays showed the Swiss international used his chest as opposed to his arm.

The Blades finally levelled in the dying moments of the game as John Fleck smashed home after the Arsenal defenders failed to close him down, illustrating United's resolve.

Another game, another draw for the Gunners.

Mikel Arteta's inherited side now have 11 draws from 23 games played in the Premier League this season (a league-high, unsurprisingly) after falling to a late leveller from Fleck. 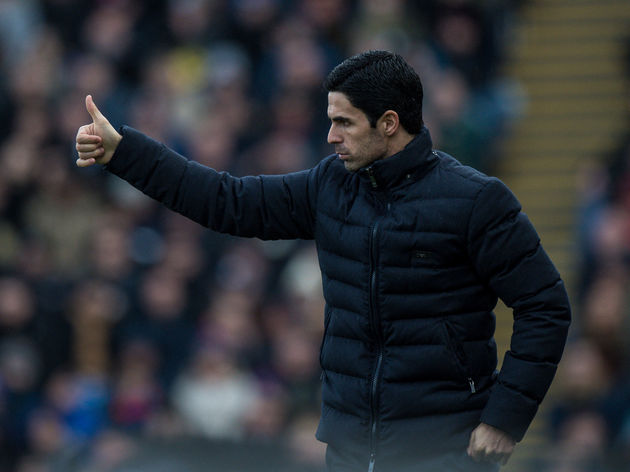 Despite dominating the game in terms of possession and chances, Arsenal just can't seem to make wins stick.

Had they converted just three of those 11 draws into wins, the Gunners would be in fifth place ahead of Manchester United and in the race for the top four instead barely scraping the top half.

For all the supposed positives that Arteta is bringing to the job, a strong foundation to his side and improvement to their game management remains imperative if they are to finish in the top ten, let alone top four.

January signings are a must now. Another solid performance from Arsenal's makeshift right-back Ainsley Maitland-Niles who seems to be maturing with every passing week under Arteta. The 22-year-old struggled to feature under Unai Emery and few could have argued in favour of his inclusion following a string of sub-par performances, but has shown his true colours since the arrival of Arteta.

The midfielder by trade worked his socks off and got the better of Enda Stevens and Jack O'Connell on a number of occasions as his attacking ability shone through. However, Maitland-Niles continued to work hard defensively and did not shun his responsibilities and continued to track back.

Is it controversial for me to suggest that Maitland-Niles has to be first choice RB now and that Bellerin needs to earn his place back?

On a side note. Maitland-Niles has been a revelation under Arteta

With a number of Manchester City players paying homage to the work Arteta did in order to help them progress, it seems that trend has continued into the Spaniard's short tenure so far at the Emirates Stadium.

Chris Wilder has done a truly impeccable job since taking over as Sheffield United in 2016 and the foundation of his side's success is a resolute defence. Prior to Saturday's result against Arsenal, the Blades had conceded just six goals in six games despite playing both Manchester City and ​Liverpool.

Wilder, however, would no doubt have been infuriated with how his side went 1-0 down moments before the break, but his side continued to probe and were able to get themselves level in the final ten minutes of the game. The point gained at the Emirates is just the latest strong performance from the Blades who are continuing to prove their worth amongst the ​Premier League heavyweights. Is Europe a real possibility? Despite their late comeback, it was a relatively subdued second-half performance from ​Sheffield United with no player really standing out and taking charge for the Blades, however, for his efforts on and off the ball throughout the match, John Fleck warrants the 'Star Player' title.

The Scotland international worked tirelessly in the midfield to support McBurnie and Mousset in the first half, as well as providing ample cover defensively in the second half as Arsenal started to dominate possession.

Fleck has been so good this season

The 28-year-old topped off a strong performance with a goal, smashing the ball home off the pitch into the top corner for his fifth strike of the season.

Following their draw with Sheffield United, Arsenal travel to Stamford Bridge with a chance to gain retribution over a ​Chelsea side who narrowly emerged victories when the two sides met in December. The Gunners then face ​Bournemouth at the Vitality Stadium in the fourth round of the FA Cup six days later.

Meanwhile Sheffield United welcome reigning Champions ​Manchester City to Bramall Lane before a fiery affair against ​Millwall at The Den in the FA Cup fourth round.