For an awful long time now, all you have needed to be a success in FIFA is pace.

While it would be lovely if Harry Kane or Robert Lewandowski were actually two of the greatest strikers in the game, a speedster from the German third tier will likely put both of them to shame.

You will undoubtedly recognise a fair few of FIFA's fastest but some of the more unknown entities may just make you think about re-jigging your team.

Without further ado, here are the 30 fastest players from FIFA 20. 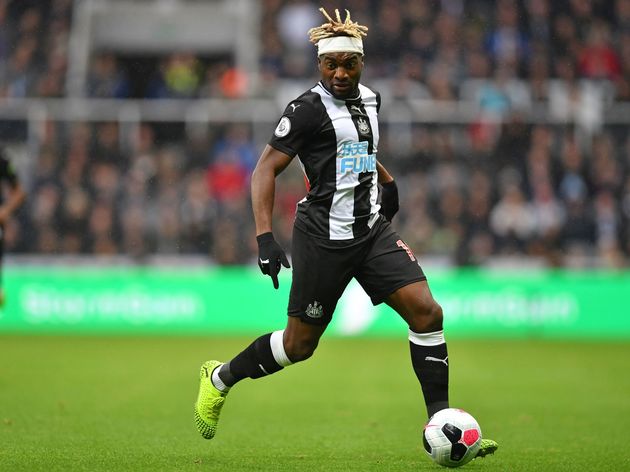 far and away the most overpowered player on FIFA 20? The Newcastle winger's chaotic style translates wonderfully to the world of FIFA and the Frenchman is surprisingly clinical. The Barcelona winger has never quite captured the imagination at Camp Nou, but he has thousands of Ultimate Team homes worldwide. The tricky speedster has plenty of pace and power to maraud up and down the left-hand side and wreak havoc on even the most resolute FIFA defences. The Egyptian is worshipped by Liverpool fans everywhere and similarly by FIFA fans across the world. The right winger has a sensational rating of 90 overall and a left foot to die for. With 86 shooting and 89 dribbling as well, ​Salah is one of FIFA's most prized assets. Not only does ​Sterling enjoy a great deal of speed, his overall stats get better year on year and the England winger now has a plucky overall rating of 88. This makes him the Three Lions' second-best player on FIFA 20 behind only Harry Kane, but we all know who we would rather have in our Ultimate Team. ​Affectionately known as 'Chucky', the Mexican winger is simply rapid. Napoli's summer signing is blessed with tremendous speed and, if he can add a tad more final product to his game, he could be set for a very exciting 2020. Spoiler: unsurprisingly, this is the only Scottish Premiership player on the list.

With a rather interesting running gait, the Celtic man seems to glide around the pitch, reminiscent of a newly-fledged bird. But he does it at some pace - something which FIFA have deservedly recognised. ​While he may not be ​Juventus' best player, Costa is their fastest (according to FIFA of course). The Brazilian has been a consistent performer on our favourite game with Bayern Munich as well, and has five star skills to boast too. ​The 23-year-old right-midfielder not only has a luscious head of hair, but he's fairly fast too. The Doncaster Rovers fringe player used to be at Chelsea but his pace hasn't quite helped him hit the lofty heights expected of a young English prospect with just ten minutes of League One football under his belt this season.

The Polish left midfielder plays for Slask Wroclaw in the Ekstraklasa but who cares about real football when you are an absolute beast on FIFA, competing with some of the world's fastest players? Not us... The Romanian top tier was added to FIFA for the first time this season, and nobody is happier than Barbut. The Universitatea Craiova right winger has made our list in his debut campaign and the 24-year-old joins a highly-esteemed group.

He's a man of mystery. His name returns no results on Getty and his Instagram is private, hence the picture of their stadium. The Molde right midfielder has been a staple of the modern FIFA franchise - in fact, he was the quickest player outright in FIFA 17. The Ivorian 29-year-old has evidently lost a yard or two over the past couple of years, but you would still feel for any left-back facing up against the winger. Not too many Preston North End players tend to grace this list, but Barkhuizen is capable of terrorising Championship and FIFA defences with his frightening speed. At only 71 OVR, with a potential of just 72, it's fair to say he shouldn't be your first career mode signing though. Another relative unknown, Aguirre plies his trade for Rosario Central in the top flight of Argentinian football. The left-midfielder has bags of pace, but at just 68 OVR and with merely 58 shooting, he may be somewhat of a one-trick pony. Now if you're looking to combat the pace of the aforementioned tricky wingers, then the Rayo Vallecano right-back may be the man for the job. You may already recognise the Peruvian from his stint in La Liga last term, but if not you may be seeing a lot more of him in Ultimate Team. ​The Welshman's blistering pace has earned him plenty of plaudits at Old Trafford and his 72 OVR silver card will undoubtedly be getting a rather sizeable upgrade next season. However, don't write him off in FIFA 20, as the rapid left midfielder has a potential of 85 and offers great value for money in career mode. ​The striker has made his name in the Chinese Super League with Tianjin Teda following various spells with Anderlecht. Fast, strong and agile, Acheampong is the definition of an overpowered FIFA forward. 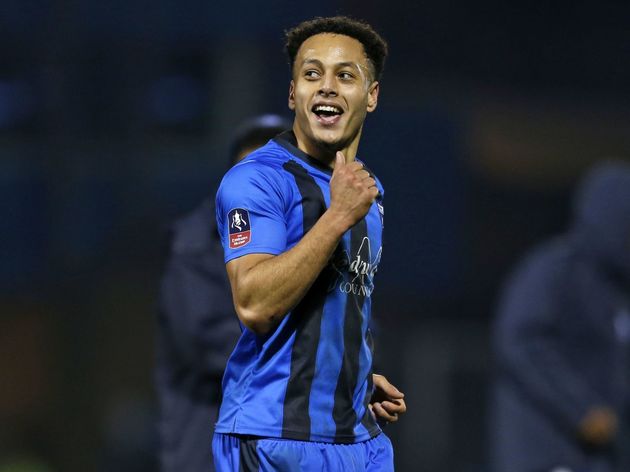 Stevenage fans will be familiar with the 61 OVR striker, but FIFA fans (and most football fans to be honest) won't be. The 22-year-old is hardly prolific but can offer you salvation in League Two with his electric speed. The left winger was rewarded for his scintillating form with a bumper new FIFA rating of 88, something that puts him among the elite forwards in the game. ​Mane's 94 pace and 83 shooting make him one of the most rampant wingers and heaven forbid you come up against his 99 pace Team of the Year card. Eek. The American left midfielder, currently of FC Cincinnati, brings us back into the realms of reality with his speed unable to hide his underwhelming 68 OVR rating. The 25-year-old is one for our friends across the pond but is hardly likely to get too many pulses raising in Europe. ​Watford knew they were signing a very talented young Senegalese right-midfielder - what they didn't know they were signing was a man who would destroy the souls of FIFA players across the globe. His new status as a Premier League player has only increased his ownership in Ultimate Team and, at a healthy price, he features in most 'sweaty' squads. 94 pace teamed with 37 stamina is not a particularly flattering combination. The Ulsan Hyundai right midfielder may be fast out of the gate, but he certainly won't last long on the field. Perhaps not worth the risk given he's only 71 OVR. 94 pace, 80 shooting, 82 physical, 80 dribbling - Williams is a pretty formidable La Liga striker. The Athletic Club attacker has always been an incredible asset to have on FIFA and this year is certainly no different, with his stats seemingly improving with every edition. Damn...this fella is fast. The Tigres winger unfortunately features in the Mexican top flight, making him somewhat useless on what is an incredibly Euro-centric game. However, the 25-year-old could offer superb value for money on career mode. The most powerful Premier League striker in FIFA 20 (fact) has been responsible for thousands of smashed controllers and keyboards across the years. Not only fast but tall, Aubameyang really is the ultimate addition to any team, on any mode. Now we're getting serious...95 pace. The Monaco right midfielder has been far more prolific on FIFA than he ever has in real life with the 24-year-old putting in considerably better performances in pixels than in practice. Having said that, the wide player has great potential on and off the screen and can certainly bolster any attacking line. ​The Japanese striker either may keep a lower profile than others on this list, but he can be just as destructive as some of his FIFA peers. Remember: speed is all that matters on FIFA, period. With a very respectable third place finish, it's Leroy Sane. The Manchester City winger has been sorely missed this term due to injury, but the German has still managed to be ever-present in almost every Ultimate Team you come up against. With a wand of a left foot, the 24-year-old is simply essential for any FIFA side. His real-life talent is staggering and yet ​Mbappe is somehow still overpowered on FIFA 20. His pace already makes him unstoppable but when you consider the 89 OVR striker can pretty much shoot from anywhere on the pitch and find the back of the net, it makes him something of a FIFA god. Ranked at number one, the winner is...Adama Traore.

And we can hardly act surprised, can we? The only thing that is surprising is the fact that he doesn't have 99 pace.