This month’s move to Inter is a chance for Young to join one more big club before he retires, to experience playing abroad in a major European league, and have a final taste of the Champions League – something he wasn’t likely to get at Old Trafford. No one can begrudge him that.

You might question United’s timing and decision to let him go right now. The club clearly has enough faith in Brandon Williams to become starting left-back, but more injuries to Luke Shaw, as well as Diogo Dalot on the other side, where Young also played, could be problematic.

Young would have left in the summer when his contract was up anyway and United certainly don’t need him long-term if they sign some reinforcements. However, keeping him around from a leadership and experience perspective might still have been preferable.

Either way, he’s gone now and it’s all irrelevant. But he deserves to be remembered by fans with fondness, rather than any bitterness or resentment. Most of Young’s United career wasn’t a good time for the club. He arrived as a competent squad player that Sir Alex Ferguson saw capable of injecting a little extra into an already strong side. When the Fergie years ended, Young became synonymous with the club’s growing mediocrity.

Yet no one can accuse him of lacking professionalism, integrity, drive and passion. He gave as much as he could for United, which is more than can be said for some of his teammates over the last six years, even when he could easily have given up.

Realistically, the club should have moved Young on years ago when it became clear he was no longer good enough for his intended purpose as a penetrating winger. Instead, dreadful recruitment and a lack of clear strategy from the Old Trafford hierarchy ensured he was converted into an emergency full-back, first by Louis van Gaal, then Jose Mourinho. By the time Ole Gunnar Solskjaer arrived it was almost a given that he had become a ‘real’ defender. 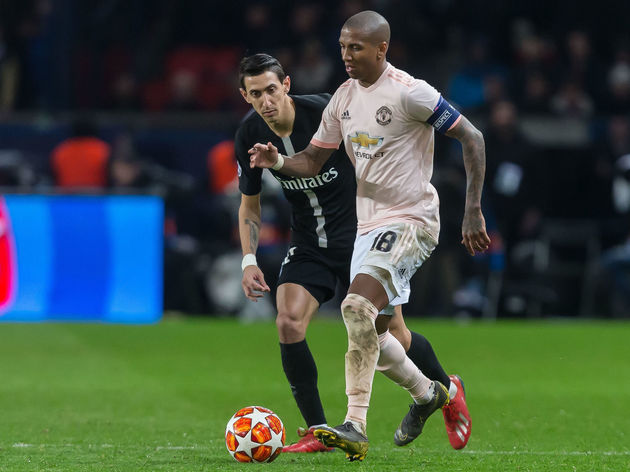 After that initial full-back experiment under Van Gaal, he should still have gone. But because Young so commendably applied himself, United cut a corner and kept him instead of investing in a proper full-back. He wasn’t that good, but he tried hard. Don’t hate him for that.

As a utility player, Van Gaal once even played him as a lone striker in a game against Tottenham – let’s not forget that bizarre twist in a hurry. But it was at full-back that he eventually stuck.

The fact he wasn’t good enough is not his fault – blame the club who kept him anyway. If anything, Young did himself a disservice by actually doing a passable job and losing any remaining opportunity to continue at another Premier League club as a winger. He, of course, might argue differently because the opportunity to go to Inter might have never come otherwise.

As Young begins a new chapter in Italy, let’s briefly remember his finer moments for United. He won four major trophies, including the FA Cup, League Cup and Europa League, and was one of the few remaining survivors of United’s last Premier League title winning squad.

From an individual perspective, his two stunning goals in the 8-2 annihilation of Arsenal at Old Trafford way back in August 2011 should also live long in the memory.