30 Most Expensive Footballers of All Time - Adjusted for Inflation

​Transfer fees have skyrocketed over the years, with more and more clubs appearing to turn a blind eye to the cost of a player - so as long as they get their man.

Yet who really are the most expensive players of all time? Well, now you can find out.

Here's the top 30 - via ​Totally Money - taking into account the rise of inflation when calculating the final prices. So, here we go. There might just be a few that take you by surprise. Paul Pogba is a player who continues to divide opinion.

Having thrived in Italy at Juventus, Pogba returned to Manchester in 2016. And despite winning the League Cup and Europa League in his first season back, he has struggled for consistency. Following a successful spell at Parma, Lazio came calling in 2000 to bring the Argentine forward to Rome. Crespo did not disappoint, scoring 39 goals in 54 games before earning himself another big-money move to Inter in 2002. Many wondered if Liverpool were making a mistake when they allowed Coutinho to leave in January 2018. Yet they have since won the Champions League without him and remain on course to end their 30 year wait for a league title. Coutinho struggled at Barcelona before being loaned out to Bayern Munich in the summer of 2019. Another transfer between Liverpool and Barcelona, although this one has worked out far better for the Catalan side. Suarez has been first choice striker in the team, winning the Champions League in his debut season. Michael Essien arrived after Chelsea won their first title under Jose Mourinho and instantly fitted in. The Ghanaian midfielder remained on the Blues' books until 2014, becoming a fan favourite along the way. One of the finest players to grace the Premier League, but it was actually before he even arrived at Arsenal that Bergkamp attracted another major club. Impressing in his homeland, Inter came calling. Bergkamp would only score 11 goals in 52 appearances for the Italian side, but he showed his true ​class when he came to north London. Shevchenko was an exceptional forward for AC Milan, helping them to the Champions League in 2003. Sometimes it just doesn't work for a player at a particular club though. He scored just nine times for Chelsea in two seasons before returning to Milan on loan. One of the most controversial transfers in recent times. Figo infamously had a pig's head thrown at him by a Barcelona fan, such was the disgust at his perceived treachery. The winger did go on to win the 2001 World Player of the Year though, answering a few of his critics.​ After leading Blackburn to the Premier League title in 1995, Shearer got his dream move to his hometown club a year later. He would go on to become Newcastle's greatest ever goalscorer, firmly establishing himself as a Geordie legend. Kaka was a joy to watch in Italy as part of a Milan side that shone both domestically and in Europe. He could not quite replicate the same form when he moved to Madrid, but he remains one of the best Brazilian players to have graced European football in recent years. He had to feature on the list somewhere. After a hugely successful spell at Manchester United, Beckham arrived in the Spanish capital, where he remained until 2007 before becoming the first high-profile player to move to America to play for LA Galaxy. Vieri made the switch from Lazio to Inter in 1999 and was an instant hit. He went on to establish himself as one of the most lethal strikers in Europe, scoring 103 goals in 143 games for the club. Zlatan has been at so many clubs, with clubs having to pay big fees to acquire his services each time. His move to Barcelona attracted the biggest sum, though. The Swedish striker struggled to settle at Barcelona, and after a falling out with Pep Guardiola he returned to Italy in 2010. A transfer that Chelsea fans probably won't want to be reminded of. Bringing Torres to London seemed like a fine piece of business at the time, but he was unable to repeat the stunning displays that he had consistently produced at Liverpool. The original Ronaldo. Undoubtedly the best striker of his generation on his day, Ronaldo's career was overshadowed by some terrible luck with injuries. However, he still won two World Cups and shone for some of the biggest clubs in Europe, ensuring that his legendary status is secured. Another Brazilian superstar makes the list. Neymar was regularly in the shadow of Lionel Messi at Barcelona One of those moves that just didn't work out. Pancev had won the European Golden Boot in 1991, ​so Inter thought they were getting a prolific striker. Three goals in 19 appearances for the club told a different story. Shalimov earned a move to Inter in 1992 after impressing at little-known Foggia, and he would go on to play for Udinese, Bologna and Napoli during his time in Italy. Premier League fans may remember Boksic from his time at Middlesbrough, where he ended his professional career. However, he built much of his reputation in Italy, playing for Lazio and Juventus, as he established himself as one of Croatia's best ever players. 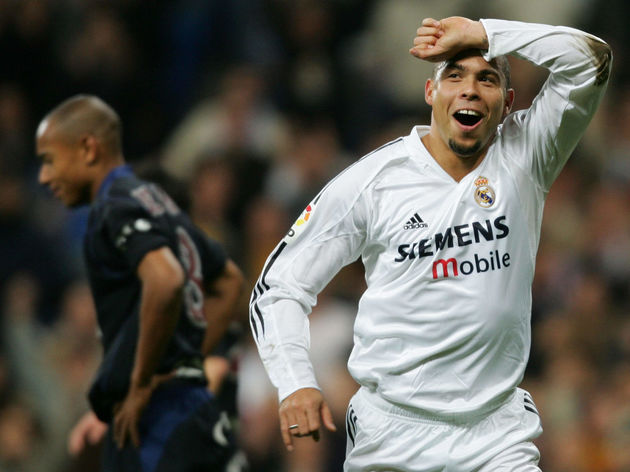 It's that man again. To be fair, he was the most sought after player in the world at the time having just finished as the top scorer at the recent World Cup. He would go on to score 83 goals in 127 games in the Spanish capital, showing that he remained an outstanding footballer. 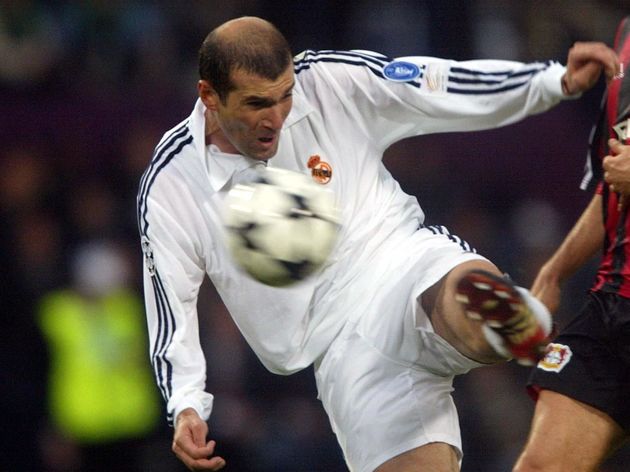 Real Madrid certainly didn't mind getting their cheque book out in the early 2000s. Zidane was at the peak of his powers and earned every penny of his transfer fee when he scored one of the greatest goals ever seen in a Champions League final the following year against Bayer Leverkusen.​ Ferdinand became the most expensive defender in history when he moved to Manchester United in 2002. He would stay at the club for over a decade and formed half of one of the most dominant centre back partnerships alongside Nemanja Vidic. Bale has had a turbulent time at Madrid, often struggling to win the fans over. A succession of fitness issues have not helped his cause, but he has still won four Champions Leagues during his time there and scored a stunning overhead kick to guide the team to victory over Liverpool in the 2018 final. Another Brazilian great. Romario joined Barcelona in 1993, scored a remarkable 30 goals in his first season and then won the World Cup with Brazil that summer. Not a bad year at all. The Portuguese icon has to settle for third place on this particular list. The forward was mobbed by Madrid fans when he arrived in 2009, and they were right to be excited. 292 goals in 311 games for the club confirmed he was worth every penny, as Ronaldo Neymar features on the list for the second time, but just misses out on top spot. Seemingly wanting to prove that he could shine in a team that did not include Lionel Messi, Neymar switched Barcelona for Paris. Injuries have hampered his time at the club, and rumours persist that he could return to Barcelona at some point. Not the name that many would have predicted to top this list. Younger readers may only remember Vialli for his time at Chelsea, but the Italian forward was most prolific in his homeland. Having won three Italian Cups and Serie A with Sampdoria, he was rewarded with a move to Juventus