Watford vs Tottenham Preview: How to Watch on TV, Live Stream, Kick Off Time & Team News

​An in-form Watford host Tottenham on Saturday in the Premier League, with both sides currently going through contrasting spells.

Since Nigel Pearson became manager of the Hornets, their fortunes have completely turned around. From being nine points adrift from safety, Watford are now outside the relegation zone after picking up an incredible 13 points from their last five games. Spurs on the other hand have just one win in their last five in all competitions and have failed to win in the league since Boxing Day.

Here's what you need to know ahead of ​Saturday's early kick off.

Pearson has a number of injury problems to contend with, with ​Spurs are without talisman ​Harry Kane, while captain Hugo Lloris is still sidelined. Moussa Sissoko is another long-term absentee, with Ben Davies and Tanguy Ndombele both also ruled out.

Japhet Tanganga could be set for another start after impressing against Liverpool and Middlesbrough, while new signing Gedson Fernandes could make his debut from the bench.

The two sides have played each other 49 times, with Spurs leading the head to head with 31 wins to Watford's eight.

Incredibly, the Hornets have just one win in their last 17 against the Lilywhites in all competitions, coming at the beginning of last season. Watford came from behind to triumph 2-1 at Vicarage Road, with Craig Cathcart scoring the winner with 15 minutes left. 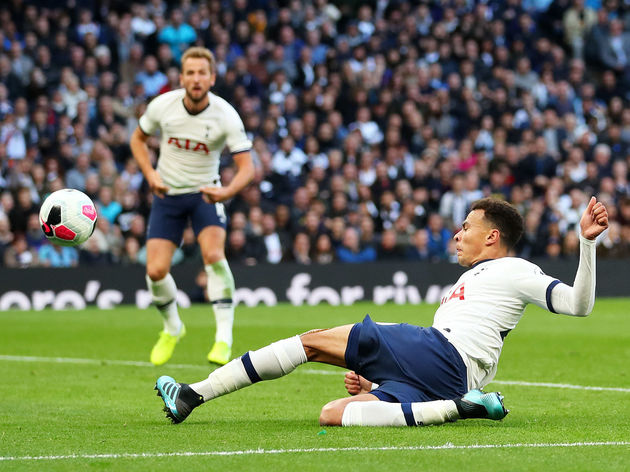 The last meeting between the sides ended in a 1-1 draw, with a late controversial goal from ​Dele Alli salvaging a draw for Spurs. As mentioned earlier, Watford are in a stunning form under Pearson and will be looking to claim another three points to take them even further away from the relegation zone.

Spurs know they need the win themselves in order to keep the pressure on the teams above them and have to bounce back after consecutive losses to Liverpool and Southampton in the ​Premier League.

Here's how each team has fared in their last five games in all competitions. This is going to be a tough game for Spurs and Watford will be very confident of getting a result against an out of sorts team. The Hornets have the momentum with them too, and the support of the home crowd prove vital.

Spurs' midfield is extremely weak right now, and with powerhouses Abdoulaye Doucoure and Etienne Capoue in midfield Mourinho's men are at risk of getting seriously overrun. It could be another tough day in the office for the Lilywhites.