​Al Sadd manager Xavi has confirmed that he rejected the chance to return to Barcelona this month, as he felt the opportunity to manage his former club came too soon.

The club legend met with senior officials from Barcelona to discuss the possibility of him returning to Camp Nou to replace Ernesto Valverde, and he was even thought to have been offered a two-and-a-half-year contract to make the move immediately.

Instead, however, Barcelona appointed former Real Betis boss Quique Setien as their new manager on Monday night after dismissing Valverde. Speaking in a press conference ahead of the Qatar Cup final (as quoted by ​Mundo Deportivo), Xavi confirmed that an offer did indeed arrive, but he rejected it as he did not believe he was ready for the job.

"Yes, I received an offer from ​Barcelona in the presence of Eric Abidal and Òscar Grau but I did not accept it, especially because it is too early to train Barcelona,  but it will remain my dream in the future to be a Barça coach," he confessed.

Xavi did go on to make it clear that the chance to return to Barcelona was not something he rejected easily, and he needed the support of those around him to make sure he made the right move. 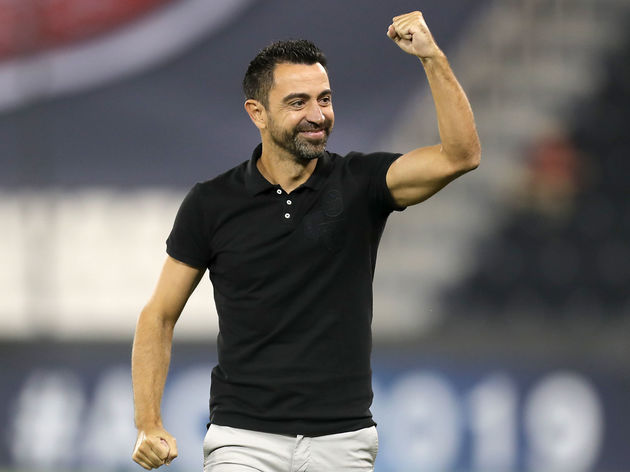 “First I told my family and then the Al Sadd players because they followed the issue. For three days I was not in my best position but now I am totally focused on Al Sadd," Xavi admitted.

After Xavi turned down their advances, Barcelona opted to bring in former Real Betis boss Quique Setién, who penned the same two-and-a-half-year deal that he initially rejected.

Xavi remains under contract in Qatar until 2021, when he will be free to consider his next move. Coincidentally, Barcelona president Josep Maria Bartomeu also confirmed that Setién has a ​break clause in his contract that year which will become active following the club's presidential election. Bartomeu also admitted that he was confident Xavi will be Barcelona manager one day, so there will almost certainly be more links to the former midfielder by the time his contract with Al Sadd comes to an end.

For now, Xavi will continue to concentrate on Al Sadd, beginning with their cup final against Al-Duhail on Friday.