​Manchester United secured their place in the fourth round of the FA Cup after beating Wolves 1-0 at Old Trafford on Wednesday in the repeat of their third round replay.

Wolves thought they'd nudged themselves in front early on, only for Pedro Neto's goal to be chalked off by VAR for after 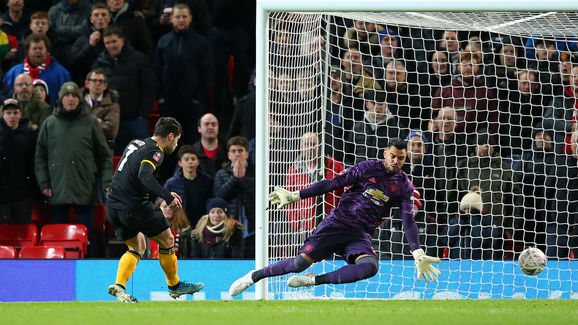 This was anything other than the free-flowing, devastating ​United that Old Trafford witnessed in their recent clash against Norwich, with the build up play slow and laboured for large spells of the match.

United's most likely outlet was coming down the left-hand side, through Martial and Brandon Williams, but there was a lack of control in midfield that was limiting the Red Devils, with neither Fred nor Nemanja Matic winning the battle against Joao Moutinho and Ruben Neves.

However, with Wolves counter attacking with pace at every given opportunity, the transitions from the resulting turnover in possession provided the hosts with their best opportunities to score, which is exactly where the opener came from. There were plenty of flaws in United's display, meanwhile Marcus Rashford's injury will be cause for concern, but they got the job done nevertheless and are still in the hunt for FA Cup success.

Why does Luke Shaw start ahead of him? It's a question only Ole Gunnar Solskjaer has the answer to, but the fact of the matter is Brandon Williams needs to be the regular left-back at United for the rest of the season.

He offered boundless energy down the left hand side and, while it wasn't a faultless showing, he linked up well with the forwards and offered an attacking threat for his side.

James and Williams seem the only 2 players willing to up the tempo, that’s one of my pet grievances towards United right now. Just make a few runs! Cause chaos and watch defences panic

Brandon Williams really is a shining light for our football club at the moment. Passionate, aggressive & adventurous on the pitch. What a prospect. #MUFC 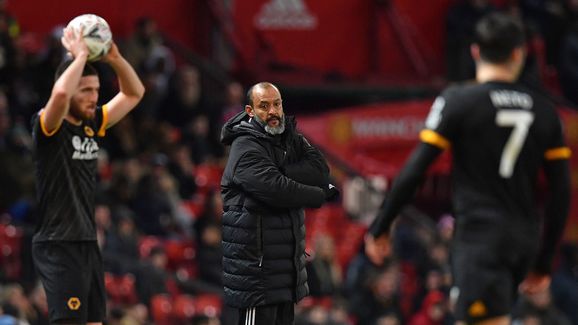 Aiming to return to Europe via their league position once again this season, while also searching for glory in the Europa League, you could have forgiven ​Wolves for easing up on the FA Cup and putting all their eggs in, well, two baskets.

​Instead they went gung-ho at Old Trafford, with Nuno Espirito Santo clearly favouring a trophy this season after the heartbreak of last season's FA Cup run. Poor deliveries from set pieces were uncharacteristic from Moutinho and Neves, with good opportunities from dead balls costing Wolves in good positions.

The pace of Neto and Traore meant the visitors always looked a threat when the broke forward, but ultimately their lack of cutting edge cost them dearly. Had their early opener have stood then the outcome would surely have been vastly different, but this will be seen as an opportunity missed by Wolves against a sub-par United. 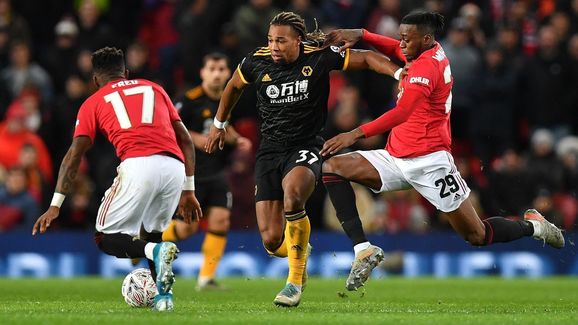 We all know he's big, strong and....erm, big and strong, but Adama Traore has improved his game by leaps and bounds this season, looking significantly more composed on the ball and adding end product to his range of skills.

Against United he was the more dangerous outlet for Wolves, with direct running and a willingness to take players on asking questions of the Red Devils defence throughout the 90 minutes.

#WanBisaka getting his arse handed to him tonight .... Traoré skinning him for fun 藍藍

Both clubs are back in Premier League action on the weekend, with United traveling to Premier League leaders Liverpool on Saturday while Wolves make the long journey to St. Mary's to take on Southampton.