Watford are facing a heavy fixture pile up after their FA Cup third round replay with Tranmere Rovers was suspended.

The Hornets had led the original tie 3-0 at half time before League One side Tranmere launched an astonishing second-half comeback to bring the game back to 3-3, taking it to a replay.

That replay was supposed to take place on Tuesday night but was suspended due to heavy rainfall at the Superwhites' Prenton Park.

The fixture has now been rescheduled to next Thursday, meaning Nigel Pearson's side could play four games IN the space of one week.

Originally, they were only due to host ​Tottenham this Saturday before travelling to ​Aston Villa on Tuesday.

But their week now looks set to get a whole lot busier after the FA confirmed in a statement that the rescheduled fixture will take place just two days after ​Watford's relegation six pointer with Villa. 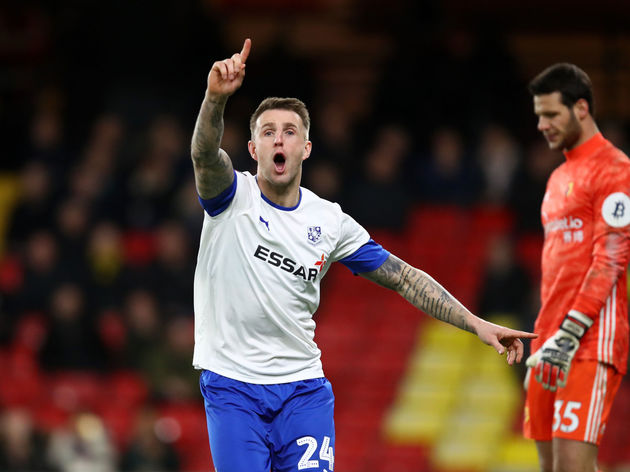 “After consultation with all the relevant parties, in order to keep the competition on track and reduce the risk of causing fixture disruption elsewhere, the match has been rescheduled for Thursday January 23, 7.45pm kick-of," the ​statement reads.

The statement also confirmed the winner of the tie will face either Manchester United or Wolves in the fourth round just three days later, taking their potential fixture total to four matches in the space of a week.

It continues: “The winner of this tie will host Wolverhampton Wanderers or Manchester United in the Fourth Round Proper on Sunday 26 January, 3.00pm kick-off, live on BT Sport.” This will be hugely frustrating for Nigel Pearson, who has already said the FA Cup is not a priority for his side.

Instead his focus is likely to be on the Premier League, where the Hornets moved out of the relegation zone for the first time since August with their victory over ​Bournemouth on Sunday.

The former ​Leicester coach has lost just one game since taking over in early December and has overseen a remarkable turnaround for a Watford side that were bottom of the league after sacking Javi Gracia and Quique Sanchez Flores earlier this season.