The Tottenham XI José Mourinho Should Select to Face Middlesbrough

José Mourinho will be hoping for rather than expecting a response from his Tottenham side on Tuesday night when they host the Championship's Middlesbrough in an FA Cup third-round replay.

While most coaches treat additional midweek cup fixtures like the tipsy uncle at a wedding - ie avoid at all costs - Tuesday's match against second-tier opposition may give Spurs the opportunity to register their much-needed first win of the new year. Mourinho is a manager who prides himself on his ability to win. Even in the dark days at Manchester United, the Portuguese left Old Trafford with a new European trophy in the cabinet and the FA Cup is Tottenham's best chance of claiming silverware this term.

Spurs fans are desperate to end their 12-year trophy drought, a fact Mauricio Pochettino was reminded of several times, though they have a very tricky away trip to Vicarage Road at the weekend which Mourinho will have to bear in mind. 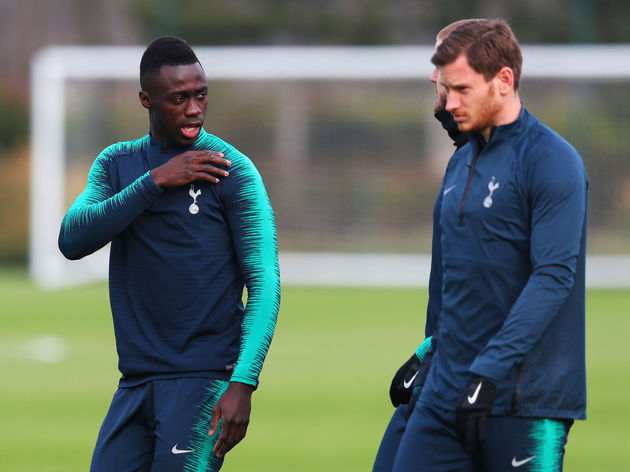 Paulo Gazzaniga (GK) recoveringjudgmentto Marcos Alonso wincing - putting in Michel Vorm, who hasn't played for Spurs in over a year, would be a rogue and probably misguided choice.

Japhet Tanganga (RB)​Liverpoolagainst one of the best teams in the world not only warranted praise from all corners but possibly a second start in quick succession. After cutting his teeth against Mohamed Salah and ​Sadio Mané, Tanganga can rightly feel prepared as he lines up opposite Middlesbrough's Marcus Tavernier.

Davinson Sánchez (CB) - Sánchez can point towards an impressive performance throughout the 90 minutes against Liverpool. There is an argument to be made that the Colombian is the player Tottenham should build their defence around, and while he was rested in the first match against Boro Spurs should deploy him in the replay.

Jan Vertonghen (CB) - The Belgium international missed out against Liverpool as Mourinho opted for pace over experience, replacing Vertonghen with Tanganga for the meeting with Liverpool. Given that Toby Alderweireld has played every minute under the new manager, Tuesday night's replay may present the perfect opportunity to rest the centre half and bring in his compatriot.

Ryan Sessegnon (LB) - Playing just 16 minutes of football under Pochettino, Sessegnon has slowly worked his way into Mourinho's plans after recovering from an injury. With Danny Rose not exactly impressing against Liverpool, Sessegnon's attacking instincts could give Tottenham another outlet as they face a Middlesbrough side who have kept three clean sheets in their last five games. Giovani Lo Celso (CM) - To say that Lo Celso has been underused by Tottenham would be a horrific understatement. The Argentine midfielder has started just four games in all competitions and has played fewer minutes than Lloris, who's been injured since early October. He's not only technically gifted but versatile, showing himself to be adept in a deeper midfield role or as a number ten. Just don't shunt him out to the right.

Harry Winks (CM) - With Tanguy Ndombele and Moussa Sissoko on the treatment table - much to Mourinho's annoyance - Winks is next in line for the role alongside Lo Celso in a lightweight but hopefully tidy and progressive double-pivot.

Dele Alli (AM) - The England international seems to drift into an advanced role right alongside the frontman wherever he is deployed, so starting him in that position seems the best way to avoid any gaping holes cropping up as ​Alli hangs around the back post, preying on the unwitting and inevitably shorter full back. Erik Lamela (RW) - Possibly a left-field choice for the right wing, Lamela has impressed in his recent cameos from the bench. Though Jose Mourinho has hinted Christian Eriksen could play despite the links with Inter, there remains a spot open for the former Roma star to impress from the start for the first time under Mourinho.

Lucas Moura (ST) - In the absence of Harry Kane, Mourinho has so far played Moura through the middle, either partnered by Son or Alli. The Brazilian's tenacious style and doggedness may trump his composure and finishing, but the former PSG player scored in the last meeting between the two, so should be given the chance to repeat that feat.

Son Heung-min (LW) - Often it's been argued that Son plays better when Kane isn't on the pitch, but the South-Korean is yet to score since the England captain's injury against Southampton. While the winger has missed as many games through suspension as league goals he's scored, Son is one of if not Tottenham's best players and leaving him out would be a massive blow to their hopes of progressing.