Christian Eriksen Leaves Tottenham an Unpopular Figure, But One of Their Greatest Ever

The last two names mentioned can just about consider themselves successful signings, with both eventually proving useful options once Mauricio Pochettino arrived at Tottenham - the other four were the purest form of rancid when donning lilywhite.

Only £11.5m Christian Eriksen can truly claim that he's been worth the hassle of Gareth Bale's departure. 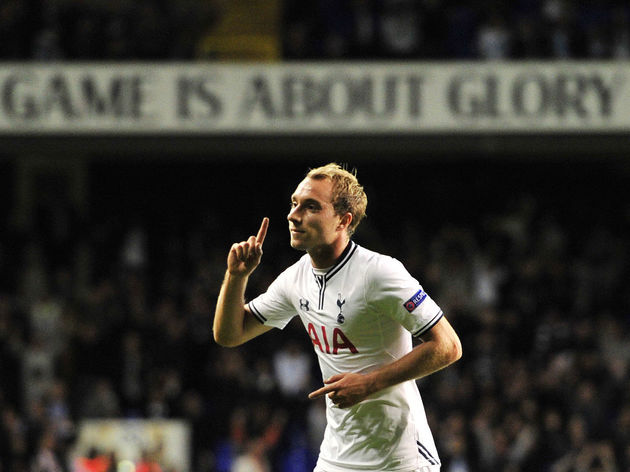 Nearly seven years, 305 games, 69 goals and 89 assists later, he departs Tottenham painted as the mercenary, cast as the villain, a coward for ducking tackles and a traitor for not showing loyalty.

Among the hysteria of his move away from north London, it's easy to rewrite history and act like the version of ​Eriksen trudging around Tottenham Hotspur Stadium with a metaphorical albatross around his neck was the same one who created so many lasting memories.

The Premier League's weird decision to start the 2018/19 season so soon after the World Cup impacted many teams, but perhaps none more so than Tottenham. ​ 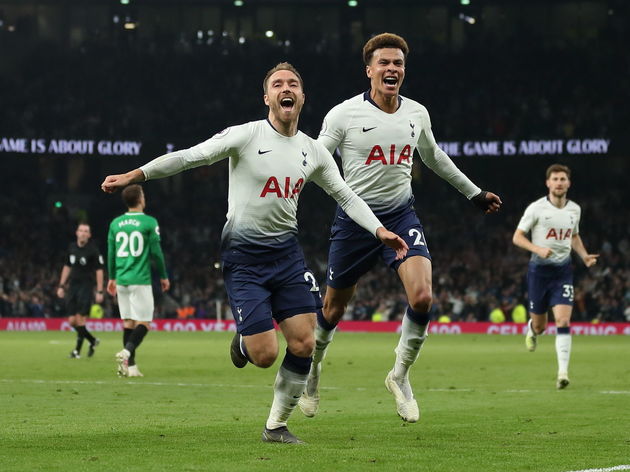 Harry Kane and ​Dele Alli would spend much of the campaign either injured or clearly unfit, but while missing out on matches altogether would absolve them of the blame - and rightfully so - a half-empty Eriksen would find a way to soldier on at a lower intensity, yet still managed to register eight league goals and 12 assists.

Prior to this, the Dane was quite often was the one to drag Spurs through tough times - he bagged 13 crucial late winners or equalisers, while he's scored or assisted against Borussia Dortmund, Inter, Juventus, Real Madrid and every other club in the 'big six'.

I’ll never get over this assist from Christian Eriksen. pic.twitter.com/gOC1jY4wRM

While Eriksen didn't win anything at the club, he's been a worthy name to carry the legacies of Danny Blanchflower, Dave Mackay, Glenn Hoddle, Paul Gascoigne, Luka Modric and Rafael van der Vaart as outstanding midfielders to have graced White Hart Lane, the focal point of a side known for their style instead of substance, yet would often combine both.

During the club's best ever season in terms of points tally, Eriksen picked up the club's Player of the Year award, pipping back-to-back Golden Boot winner Kane to the prize - if Spurs fans have one of their own as one of the best players in the club's history even at this stage of his career, then Eriksen can't be far behind. The Dane was in the same side as the best striker in the world and at times proved to be a superior player. 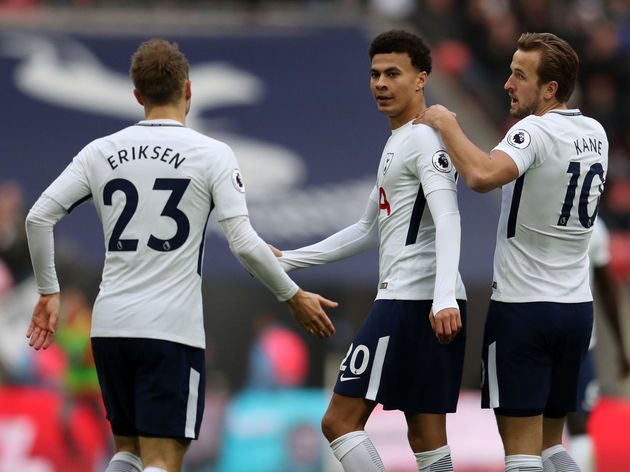 The last contract Eriksen signed at Spurs came in 2016, worth a reported £75,000-a-week - for someone so highly rated, it's astounding that he never kicked up a public fuss about wanting to leave before he did. He's well within his rights to be demanding of a move, wanting of a fresh challenge.

Fans can bemoan how he's shying away from tackles all they want, but the gripe should fall to the manager who keeps selecting them if they feel so aggrieved. Most members of the public would be keen to avoid injury if it meant a big move with a pay rise were on the horizon in whatever field they work in.

Once the dust settles and the sour taste left over his on-field conduct soothes, Eriksen will be remembered as one of the key figures in an iconic period in the history of Tottenham Hotspur.