​AC Milan goalkeeper Pepe Reina has completed a loan move to Aston Villa until the end of the 2019/20 campaign.

Dean Smith's side will be without first-choice shot-stopper Tom Heaton for the remainder of the season after the Englishman suffered knee ligament damage during the 2-1 victory over Burnley on New Year's day, with the Villans moving swiftly to bring in a reliable replacement. Reina has made just the solitary appearance for ​Milan this term, having played only four ​Serie A matches the previous year.

The Spaniard arrived at San Siro in 2018 to provide back-up for number one Gianluigi Donnarumma, but the Rossoneri have decided they no longer need his services, paving the way for a switch to the Midlands.

​Villa announced the news via their ​official website, with Smith saying of the veteran goalkeeper: "We’ve managed to secure a player in Pepe who has a wealth of ​Premier League experience.

"At the start of the summer, we were looking for an experienced goalkeeper, and brought in Tom Heaton. Unfortunately, his injury has ruled him out for the rest of the season, but Pepe fits our criteria not just because of his experience, but also because of his leadership qualities." 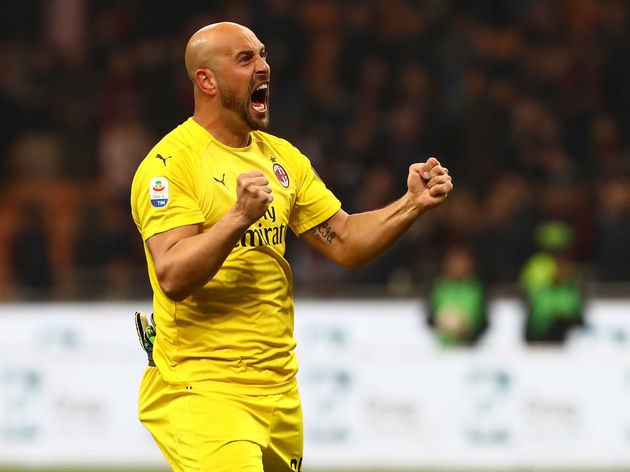 Reina has collected 36 caps for his country, while he has represented ​Liverpool, ​Barcelona, and ​Bayern Munich, amongst others, during an illustrious career.

He is one of several players the Villans have been tracking during the January transfer window. They are also ​looking to bring in Leicester City outcast Islam Slimani, who has spent the first half of the campaign on loan at Monaco.

Villa's interest in the forward stems from the loss of Wesley to injury, the Brazilian tearing his anterior cruciate ligament in the same match as Heaton.

Even if the Premier League newboys land Slimani, they may not be finished with their January recruitment after choosing to ​back Smith in the transfer window to help ensure the club's top-flight survival.