The former has been with the Sky Blues since 2016, having previously spent time in the Barcelona academy. At the age of 19, he is still waiting on his first start for Pep Guardiola's side, while Mor has likewise struggled for game-time, the 22-year-old failing to secure a regular role during his loan spell at Galatasaray. 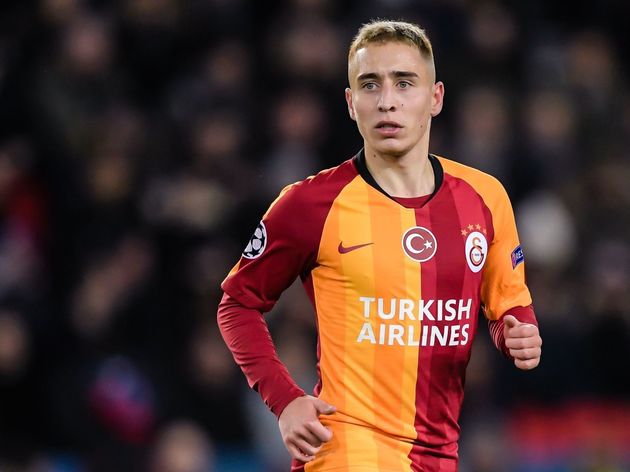 Turkish news outlet Fanatik claim (via ​Sport Witness) that Mor's agent has travelled to Yorkshire to hold talks with ​Leeds representatives as the youngster looks to bring an end to his disappointing time with the Super Lig champions.

It's understood the Danish-born attacker will join the Whites on loan for the remainder of the 2019/20 campaign, though Marcelo Bielsa's men are pursuing a permanent deal for ​City prospect Poveda, according to ​Football Insider.

After ​Tottenham Hotspur starlet Jack Clarke was recalled by his parent club, Leeds have moved swiftly to bring in a replacement, and Poveda's arrival is now thought to be imminent.

He is poised to sign a long-term deal with the club, who have been monitoring the Englishman's progress since last season. Poveda's contract at Etihad Stadium is due to expire in the summer, meaning he is available for a reduced fee. In addition to the loss of Clarke, Leeds have also seen ​Arsenal frontman Eddie Nketiah return to north London this month after the Gunners grew frustrated with his treatment by Bielsa.

The Argentine selected the striker in only one of his starting lineups during this year's ​Championship, leading the ​Premier League giants to cut his loan deal short at Elland Road.

Those two departures have jolted Leeds into action, and they now appear set to announce a double signing before the window closes on 31 January.