Danny Ings' Southampton form means he is reportedly being seriously considered by England boss Gareth Southgate for a place at Euro 2020, with a move to bring Jamie Vardy out of international retirement not seen as viable.

Vardy and Ings have been among the ​Premier League's most prolific scorers this season, with the Leicester man leading the way for the Golden Boot on 17 strikes.

​The Southampton striker, meanwhile, has taken his game to unprecedented heights, netting 16 goals in 24 appearances in all competitions, including 10 in his last 11 in the league.

With Harry Kane out until April, there has been much debate over who could be drafted in to Southgate's squad for friendlies in March to offer relief, and potentially earn a spot at Euro 2020. ​David Ornstein at the Athletic reports that it is likely to be Ings who takes that mantle.

​Vardy would of course normally be the clear replacement, but he retired from international duty after the 2018 World Cup to focus on club football, and with Southgate's focus on looking to the future, Ornstein notes that bringing him back in from the cold would require an exceptional set of circumstances, and one injury to captain ​Kane doesn't cut the mustard.

Dominic Calvert-Lewin is also said to be in contention after his recent revival with Everton, but it's generally accepted that Tammy Abraham will be the man to stand in for Kane, with Ings expected to be bumped up to second choice while Kane continues his recovery. 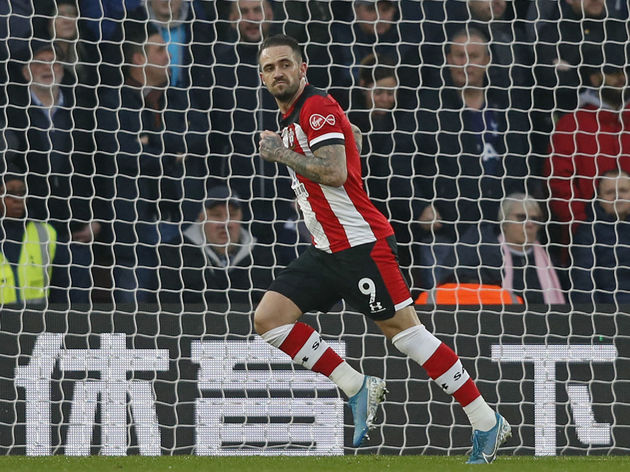 ​Ings has made just one appearance for England previously, as a substitute against Lithuania back in October 2015, shortly after his ill-fated move to Liverpool from Burnley.

If he were to double his cap total with an appearance against either Italy or Denmark in March, it would be a deserved reward for a stellar individual season that has seen him establish himself as a truly formidable goalscoring talent.