​Real Madrid midfielder Federico Valverde has apologised for his cynical foul which saw him sent off in the dying embers of Sunday's Super Cup victory over Atlético Madrid.

With the score at 0-0 in the last five minutes of extra time, Atlético's Álvaro Morata found himself through on goal, only to be intentionally scythed down by Valverde, who was quickly shown a red card for denying a goalscoring opportunity. Atlético failed to capitalise on the free kick, and Real went on to win on penalties. When asked about the incident after the game, Valverde insisted (via ​Marca) that he did not want to commit such a foul, but he had no regrets about doing so at such an important part of the game.

"I'm happy for the trophy. Despite the foul, Valverde was still named as the Player of the Tournament, and many fans have called for a statue of the Uruguayan to be erected outside the Santiago Bernabéu for his match-saving tackle. 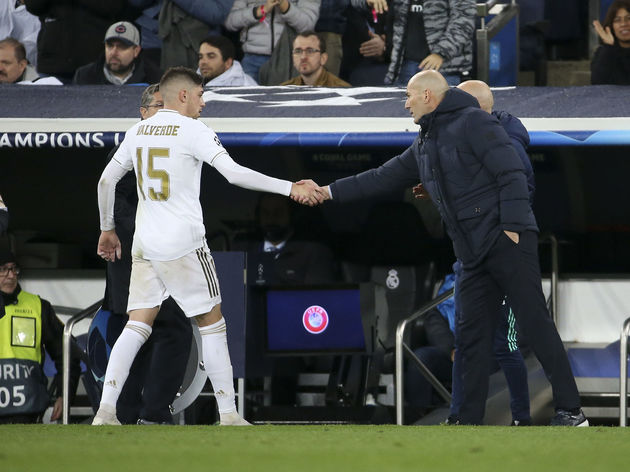 "He has done well. In the end the important thing is that he has apologised to Morata because they know each other very well."

"He has taken the MVP trophy and I'm glad for him. He has done a great job, like everyone else. He sure wants to share it with all his teammates."