​Zlatan Ibrahimovic put his stamp back on Serie A last weekend, scoring and securing a win against this season's surprise package, Cagliari.

In Zlatan's full second debut starting up front, he secured the three points for the Rossoneri with a tidy left-foot finish in the second half. 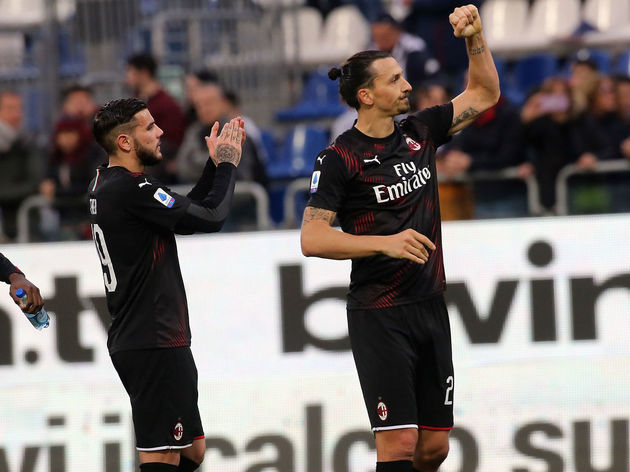 On Wednesday, ​Milan welcome SPAL in the Coppa Italia in a round of 16 tie. SPAL are rooted to the foot of the ​Serie A table after managing only three wins out of their 19 fixtures.

Milan will wait on the fitness of

Milan picked up no new injuries or suspensions during the game but it remains to be seen whether they will rotate for the SPAL game. Stefano Pioli might be reticent to change things around given the commanding nature of the weekend's win. A decision is yet to be made on whether Zlatan can play his second match in 5 days. The Biancazzurri come into the game having suffered a tough loss and face a long list of injuries. Longstanding m

SPAL will welcome back

SPAL's record against Milan is one that is consistent; they consistently never win. SPAL's only ever victory came in the 1956/57 season, winning away from home 1-0, something they'll hope to repeat Wednesday night. It would be just their second in 38 matches against Milan. In more recent times, Milan have beaten SPAL home and away the past three seasons following their return to Serie A. Their most recent clash came in October, where the result was settled by a beautiful 25-yard free kick from Suso.

Even though Milan's result against Cagliari was a step in the right direction, there is no doubt that their results this season have been way below par. They left for the winter break with a 5-0 humiliation against free-flowing Atalanta and returned with a stale 0-0​ against Sampdoria. Their poor results and uninspiring football have meant that the pressure is rising and has left the team mid-table. SPAL have likewise achieved lamentable results and hope that a cup run might ignite their season. Getting the ball in the net has been their main issue and it has shown with their current total of 12 goals in 19 games, the lowest in the league.

In Serie A, they've had one win in 12, but can look to their 5-1 defeat of Lecce in the previous round for comfort ahead of Wednesday's clash.

Milan come into the game as heavy favourites after their feel-good away win in Sardinia. ​However, all Milan's problems do not go away with the return of a goalscoring talisman in the form of Zlatan. If he doesn't play in this fixture, the Rossoneri's restless fans could turn on their team if they don't quickly command the game. While SPAL have been unable to score, they boast a decent defensive record for a team that's bottom of the league.