De Bock was sent on a season-long loan to the Black Cats from Leeds in the summer, but the move didn't work out and the Belgian is now back at Elland Road. 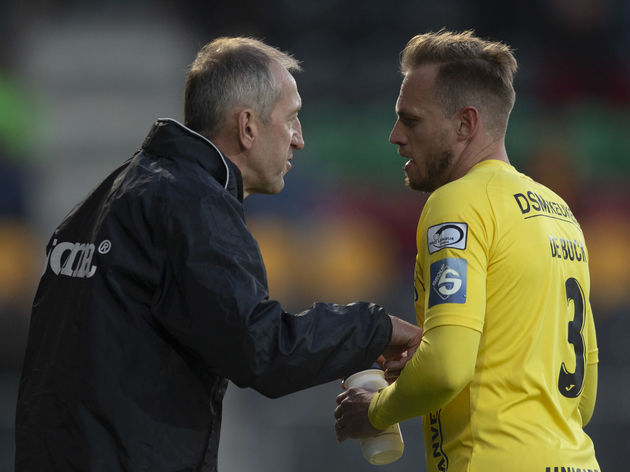 The 27-year-old saw his appearances for League One Sunderland limited to just five as the defender fell behind academy star Denver Hume in the pecking order.

And although De Bock is back with the ​Championship high-flyers, it is not thought he will remain with Marco Bielsa's side for very long.

De Bock has not enjoyed a great time during his stint with the Yorkshire club, having made only seven appearances for the club since joining two years ago - he spent last season on loan at Belgian side Oostende.

According to the ​Shields Gazette, Den Haag is now a likely destination for the full-back and that would mean playing under ex-​Premier League manager Pardew. Pardew was appointed to the Eredivisie side on Christmas Eve and will be hoping someone of de Bock's calibre can help lift his side away from the relegation places.

The former ​Newcastle and ​West Ham boss has a tough job ahead of him, with the team hovering just two points above the foot of the table.

However, he has made an immediate impact with his new charges. They may have only been friendlies as Den Haag are yet to resume their league season, but the Dutch side have registered back-to-back wins.

He kicked off his stint in the Netherlands with a 2-0 home win over Noordwijk and followed it up with a 2-1 victory over Hoffenheim. His first real challenge comes when the Eredivisie returns to action next weekend when Pardew takes charge of his first league game in a vital six-pointer at home to bottom of the league side, RKC Waalwijk.

It's early days to see whether Pardew's arrival will bring success but the early signs are promising and in their new manager, De Haag have a man of much experience.

Not only did Pardew enjoy spells with the Magpies and the Hammers but his career in English football also included managerial roles at West Brom and​ Crystal Palace. As for signings, there is no doubt that Pardew will be looking to bolster his squad further during the window as he plots Den Haag's route to Eredivisie survival.