Bournemouth outcast Asmir Begovic is set to join Serie A giants Milan on loan until the end of the season, after expressing his desire to leave the Cherries in the January transfer window.

Begovic spent the first half of the seasonfirst-choice goalkeeper, the 32-year-old's time on the south coast appears to be over. ​Gianluca Di Marzio reports that the Bosnian international is on his way to Serie A side Milan, as I Rossoneri are keen to bring in an adequate replacement for the departing Pepe Reina, who is set to join Aston Villa on a short-term loan.

​Villa's first-choice goalkeeper Tom Heaton suffered a knee injury against ​Burnley on New Year's Day, which has ruled the 33-year-old out of action for the rest of the season. Manager Dean Smith has subsequently turned to Reina to bring some top-flight experience to his backline, which has been shipping goals of late.

Reina's arrival has paved the way for Begovic's exit from the Vitality stadium, and the former ​Stoke City star will be playing second fiddle to Italian international Gianluigi Donnarumma at San Siro.

It's unlikely that the former ​Chelsea man will extend his stay in Italy beyond this season however, and Milan are already laying plans to bring in 22-year-old Ivan from Brazilian side possiblethrone, should Donnarumma depart in the summer. 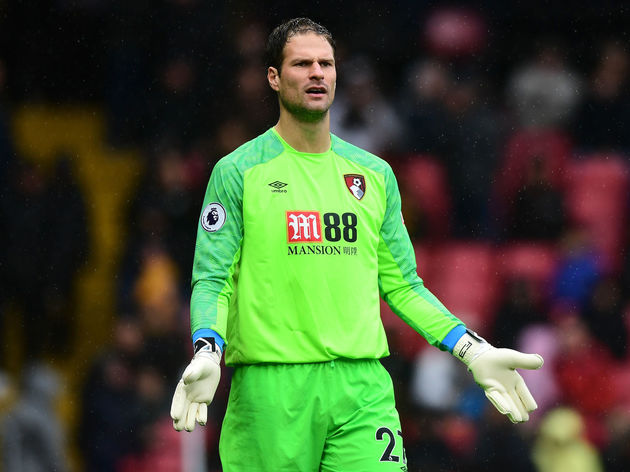 Begovic joined ​Bournemouth in 2017 and went on to make 62 appearances for the Premier League side, but he then fell out of favour with Cherries boss Eddie Howe, and subsequently slipped down the pecking order.

Howe's side have suffered a wretched run of form recently, which has seen them slide down the table and into the relegation zone, and their problems could be deepened if they fall to defeat against a resurgent ​Watford on Sunday afternoon.