​Manchester United cruised to a resounding 4-0 win over Norwich at Old Trafford in the Premier League on Saturday, with Marcus Rashford bagging a brace on his 200th appearance for the club.

United began the game brightly, but failed to create many real opportunities. However, they moved into the lead on 27 minutes through Rashford. Juan Mata cut in from the left and whipped in a dangerous cross, allowing the Englishman to poke home. Anthony Martial had an opportunity to double his side's lead ten minutes before half time, but he was dispossessed.

Todd Cantwell thought he had equalised seconds before the interval, but David de Gea produced a magnificent stop to deny him. Instead, the Red Devils won a penalty five minutes into the second half after Brandon Williams was brought down by Tim Krul. Rashford stepped up to take the penalty and slotted home.

Anthony Martial quickly added a third with a wonderful header, following a clever corner. Mason Greenwood completed the scoring with 15 minutes remaining, firing in from outside the area.

United were without Harry Maguire for the Manchester derby and the club were fearing he could be set for a lengthy spell on the sidelines, but he managed to overcome his recent injury struggles to start against Norwich.

The Red Devils dominated possession early on and while they didn't test Tim Krul very often, the midfielders were thinking positively. Most notably, Juan Mata was instrumental, constantly looking to play forwards, attempting to get the attackers in behind. It was his pass that found Rashford, who was there to tap home at the back post to give his side the lead. United began to look dangerous every time they went forward and soon added a second and a third. They were playing with pace and quality - Norwich simply couldn't deal with them.

Perhaps what was most impressive was that United were never content and were constantly looking to extend their lead. A ruthless display and fans will be hoping they can now kick on from this.

Mata is so so good in number 10 running everything. While Rashford on his 200 appearance is on course for 30 goals all competitions #MUNNOR

Not a bad way to mark your 200th appearance for your boyhood club, eh? Marcus Rashford was once again outstanding on Saturday, grabbing a brace to go with his tireless display. The England international drove at the heart of the Norwich defence every time he received the ball, constantly looking to make things happen. He picked up an excellent position to give his side the lead, tapping home Mata's cross at the back post before he played a delightful through ball to Williams, who was brought down and awarded a penalty. Rashford stepped up and buried the spot-kick to give his side breathing room.

An inspiring performance and an outstanding talent.

He's an incredible talent and we're so lucky to have him. #Rashford

Norwich came into this game having failed to pick up a win in their last eight Premier League games. However, following his hat-trick against against Preston last time out, Adam Idah was rewarded with a start. 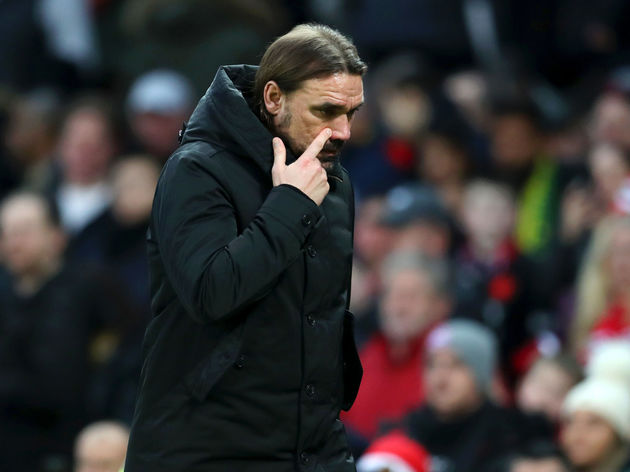 The Canaries saw very little of the ball in the early exchanges and after the first goal went in, fans will have been expecting some form of a response from their side - this did not come, however.

Instead, the Red Devils continued to dominate proceedings and apart from Cantwell's opportunity at the end of the first half, they struggled to really pose any threat going forward. Overall, it was a tame display that lacked any fight or spirit and, as a result, they were punished. They remain five points adrift of 19th placed Watford, having now played one game more.

#norwich have let everyone down tbh

Nobody really stood out for Norwich on Saturday, with the Canaries being comfortably swept aside by a ruthless United. However, Todd Cantwell once again proved why some of the top Premier League sides are targeting him. He worked tirelessly out of possession to support his defence and while he saw very little of the ball, he constantly looked to create an opening in possession.

Manchester United return to FA Cup action on Wednesday as they host Wolves in a third round replay. They then travel to take on rivals Liverpool on Sunday.

Norwich, meanwhile, host Bournemouth in the league on Saturday before travelling to face Tottenham the following Wednesday.