​Zlatan Ibrahimovic opened his Milan account for the second time in his side's 2-0 victory over Cagliari, following the Swedish striker's return to the Rossoneri in the January transfer window.

The 38-year-old made the switch back to Serie A after spending two years at LA Galaxy, with struggling Milan hoping that their former star could turn around their dismal fortunes. 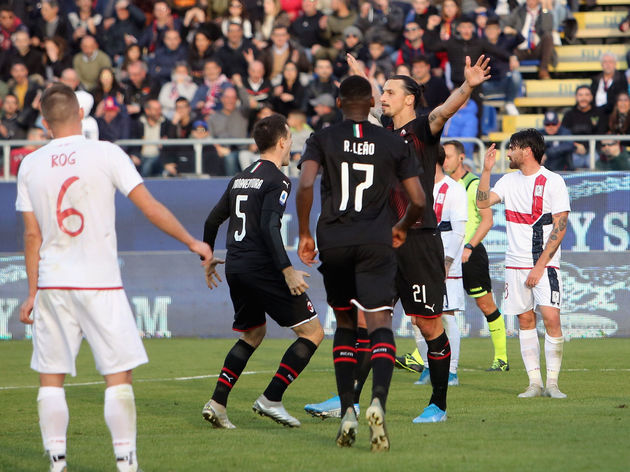 Ibrahimovic failed to score on his first game back in the red and black against Sampdoria, but he made his first start for the club against Cagliari, and marked the occasion in style. The experienced forward doubled the away side's advantage in the 64th minute, sweeping home a cross from the left-hand side beyond goalkeeper Robin Olsen, and into the far corner of the net.

Stefano Pioli's men were rarely tested in the first half, and they took the lead just after half-time, when Portuguese star Rafael Leao's deflected effort looped fortuitously over Olsen and nestled in the goal.

Leao's strike was his second in Milan colours, and Ibrahimovic notched his first 20 minutes later, putting the game beyond doubt with a crisp left-footed finish. The ageing striker played the entire 90 minutes for his new side, and helped the Rossoneri to earn their first victory in four matches. 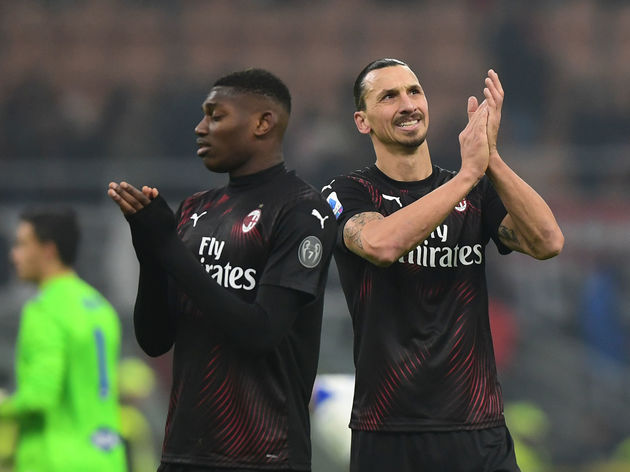 Opponents Cagliari will be disappointed with the manner in which they lost the game, having gone into the contest seven points ahead of ​Milan in the race for European football. The hosts failed to create many clear-cut opportunities throughout the match however, and the visitors were good value for the three points.

The talismanic Ibrahimovic's goal lifted Milan into the top half of the table into eighth place, leapfrogging rivals ​Napoli and Torino in the process. The Rossoneri host Spal in the Coppa Italia in midweek, before entertaining struggling Udinese at the weekend, where coach Pioli will be hoping for a repeat of Saturday's heroics from his players.