The Brighton stopper arrived at the beginning of the 2017/2018 campaign, signing for the Seagulls for an undisclosed fee from Valencia.

Please visit any of the sites below if you’re able to contribute. Thank you  https://t.co/ALkFfMdOL8https://t.co/XhnSbJMHX0https://t.co/cOYyfGOZMVhttps://t.co/3aUufmplV7 pic.twitter.com/07QarFLEBJ

The stopper announced the charitable gesture on his ​Twitter account on Thursday evening, revealing that all the money raised would go to the
​Premier League 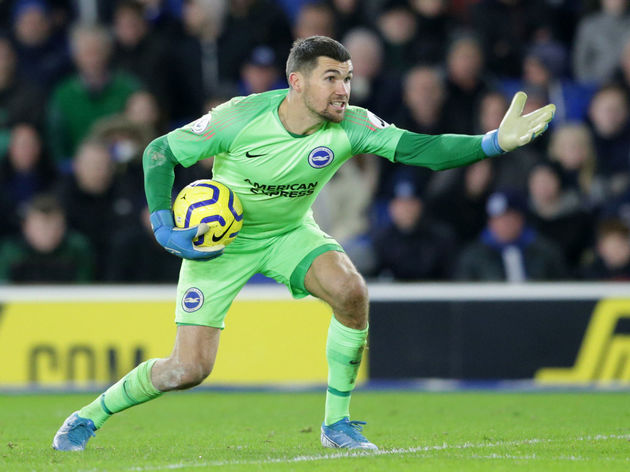 "I've chosen to donate to the WIRES Australian Wildlife Rescue Organisation emergency fund. Thank you to all for your support thus far and as a nation we really do appreciate your gratitude and generosity.

"However, there continue to be homes lost, lives of both people and animals lost or in danger, along with whole communities, businesses and more.

"I hope we can continue in the same manner and continue to encourage and influence people into raising money for those affected."

The wildfires continue to ravage Australia with the New York Times reporting that 27 people and an estimated 480 to 800 million animals have been killed so far. The fires are also understood to have destroyed 2,000 homes and scorched more than 15 million acres of land.