At the start of the season the odds being offered on Danny Ings winning the Golden Boot ranged from 150/1 to an downright disrespectful 250/1.

Fast forward five months and - though he may be three goals short of Jamie Vardy - Ings is tied second in the scoring charts, above the likes of Harry Kane, Mohamed Salah and Sadio Mané. It's a tragedy really as Ings is exactly the sort of player that would thrive in Klopp's all-action system. Equipped with a unwavering work rate and blistering acceleration, on the face of it he seems far more suited to Liverpool's style of play than a lot of players who will no doubt scoop a Premier League winners medal in May.

He's probably faster than Divock Origi, certainly more tactically disciplined than Xherdan Shaqiri and definitely more hard working than Adam Lallana. However, while these three players looks destined to be a footnote in a supreme footballing dynasty, Ings opted out of the Klopp project to, telling The T​imes that he wanted to "

Football pundits: Southampton's problem is that they sell all their best players and expect to compete.

Football pundits: Danny Ings is already the tried and tested player that could replace Kane and Spurs should look to buy him in the January window.

And so it has come to be, and few could argue against naming him as Southampton's most inspirational player this season.

Ings grew up just around the corner in Winchester and he has settled back in Hampshire seamlessly - particularly since the arrival of Ralph Hasenhuttl as manager last December. In his very first game under the Austrian, the frontman bagged a brace in a 3-2 win over Arsenal in a performance that neatly encapsulated everything great about the player.

Operating in a lone striker berth, Ings set the tone of Hasenhuttl infamous press by engaging the Gunners defenders high up the pitch. Far from being a mere workhouse, he also managed to display his often overlooked predatory instinct.

For the Saints' first goal of the afternoon, Ings ghosted in between Laurent Koscielny and Stephen Lichtsteiner, finding enough space to nod home Matt Targett's cross. 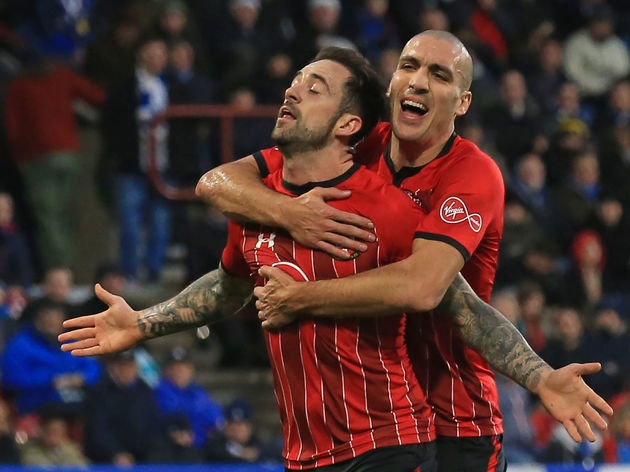 Injury prevented Ings from regularly contributing during the remainder of the 2018/2019 campaign but this season he appears to finally have his fitness back and Hasenhuttl has been rewarded by a string of marvellous performances.

Most recently, he sent social media into meltdown by doing his best Paul Gascoigne vs Scotland impression to sink ​Tottenham on New Year's Day. Latching onto a long ball, Ings' flicked the ball over Toby Alderweireld's head - sending the big Belgian to the floor in the process - before slotting it home confidently.

It was his 13th goal of the season and proof that it is still possible to re-emerge from Premier League obscurity in an increasingly fickle and unforgiving footballing landscape. Long live Danny Ings and long live a potential England call-up - particularly after yet another winner against high-flying Leicester