9 Players Who Have Scored Incredible Goals Directly From Corner Kicks

​It's not often you see the footballing phenomenon that is a goal scored directly from a corner. Like a lunar eclipse or any Jesse Lingard involvement, these are seldom seen by mere mortals like ourselves.

However, Toni Kroos did the unthinkable with that stunning corner he scored against Valencia in the Spanish Supercopa semi-final and, unlike some 'Olympic goals', he definitely meant it.

Whether it is a fierce drive whipped in to the near post that travels through a sea of bodies, or a beautifully weighted curler towards the far stick, these goals are truly something to behold. With that in mind, and in no particular order, here are some of the greatest direct corner goals we have ever had the pleasure to witness. Taking advantage of Valencia goalkeeper Jaume's insistence on arguing with the referee following his decision to award a corner, ​Kroos decided to play the game at his own pace. Seeing the shot-stopper far from his goal-line, the German swept a curler in to the near post with little bother, only to be met by the aghast roars of the crowd.

The latest in a long line of corner goals, it certainly stacks up as one of the best, and for once we know it was intentional. 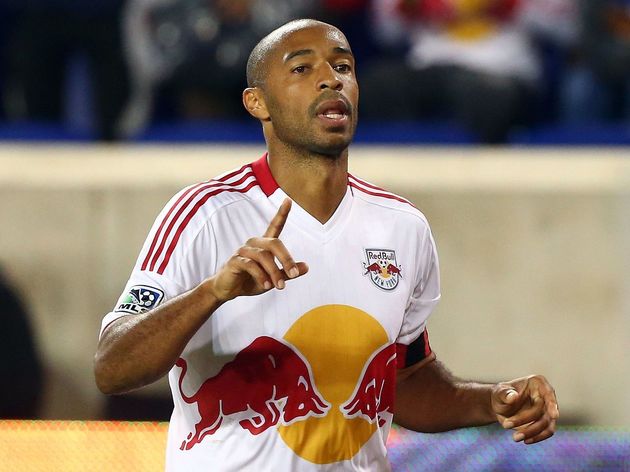 Many see ​MLS as nothing more than a retirement home for Europe's elite footballers, and you can see why given the ease in which Henry and co have conquered America's top-flight. No moment exuded such nonchalance as much as the French winger's corner goal scored against Columbus Crew in 2012.

Henry wasn't shy to try the sublime or the ridiculous, but the whip and bend he achieves when striking the ball is simply breathtaking. I would implore you to check out all of these goals, but this one in particular will send shivers down your spine.

The former Arsenal man curves the ball sumptuously in the direction of the far post, seeing his effort crash off the woodwork and strike the back of the net with aplomb, leaving the goalkeeper with rather rosy cheeks. The ex-Aston Villa man has been a staple of the United States' recent rise in the ranks of 'soccer'. The midfielder, currently plying his trade for Toronto FC, has a reputation as a strong deliverer of a dead ball. But this was quite something else.

In an international match against Panama, Bradley decided to take matters in to his own hands, curling a sensational ball towards the far post and witnessing his effort nestle in to the inside netting of the opponent's net. Here we have a repeat offender. Recoba scored several goals directly from corners but the most impressive of the lot was against Liverpool (not that Liverpool - the Uruguayan one) for Nacional. The former Inter and Torino player struck an immaculate dead ball and this goal was something of a cross between the aforementioned strikes of Bradley and Henry.

Once again, Recoba caught the keeper hapless, and the Uruguay international claimed another stunner that has graced countless YouTube compilation videos. The greatest crosser of the ball England has ever seen (fact) was most likely doing his party trick during a match between LA Galaxy and Chicago Fire. 'Goldenballs' decided to whip a ferocious delivery towards the near post, seeing his strike fly through a swarm of bodies only to find the back of the net.

Due to Beckham's immense ability it's difficult to argue against him perhaps having done this on purpose...

I'm sure he'll claim it regardless. There were very few things, if any, that this man couldn't do with his left foot. Apparently, scoring from a corner wasn't one of them.

Having won the set-piece himself, Carlos' quick thinking was rewarded as he struck the ball low and hard across the face of goal with the opposition keeper suffering a significant lapse in concentration. The ball flew in to the far corner much to the amazement of those in the stands, but the left-back probably thought he'd scored better wheeling away with a rather muted celebration. ​Of course he did.

With an unrivalled South American flair, the former ​Barcelona man had the courage to more or less try anything on a football pitch. So why not a goal from a corner?

Playing back in his native Brazil for Flamengo, the superstar flashed the set-play towards the near post and comfortably in to the back of the net. Even more incredible, there was actually a man marking the near post, and he still couldn't keep it out. Is anyone noticing a distinct South American/North American theme here?

Forlan is the next on our list with his sensational corner kick strike against Fluminense in Brazil. The Uruguay attacker - who for some reason was on corner-kick duty - teased a lovely ball in to the box, and admittedly was aided by a shocking piece of goalkeeping.

Nevertheless, he joins our illusive club. I'm sure he'll be over the moon. The photo above is David De Gea and Anthony Martial's rather futile attempts to stop Stanislas' corner from finding the back of the net.

In an attempt to bring things back to British shores, we feel it essential to include the ​Bournemouth winger's strike, with a top quality assist from the raging winds of the south coast.

But as already mentioned, it doesn't matter how it goes in. All that matters is that he's written his name in to football folklore (kind of) with a remarkable strike against ​Manchester United.