​Bournemouth host Watford in the Premier League as both sides battle to escape the drop-zone.

The hosts have been falling down the table in recent months and find themselves in 18th place, one point from safety. They have only won twice since September, but need to pick up points against other strugglers. 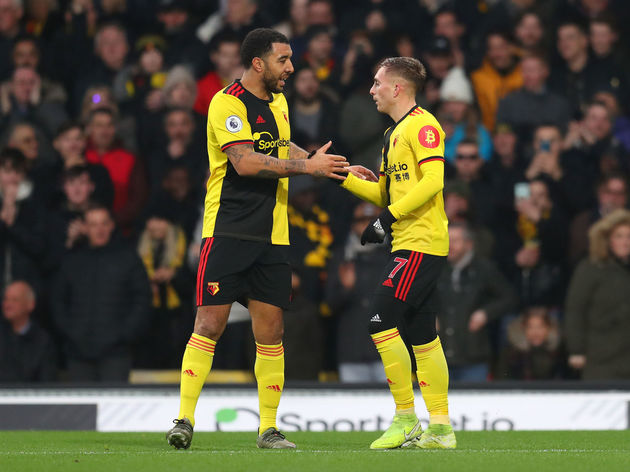 Watford, however, have shifted into gear since the arrival of Nigel Pearson and have climbed off bottom spot. They reside just two points from 17th placed Aston Villa, and will be hoping to record their fourth win from five Premier League games.

​Bournemouth will be cursing their luck at the moment, as a number of key players continue to watch on from the sidelines. Joshua King will miss out again after suffering a thigh injury, a setback which kept him out of his side's 4-0 defeat at West Ham. Jack Stacey has also picked up a thigh injury which will keep him out until February.

Arnaut Danjuma will also be forced to sit out, as an ankle injury will see him out-of action until February. Lloyd Kelly and Nathan Ake face late fitness tests after recovering from hamstring injuries and could make an appearance, likewise with Adam Smith, who could be fit after an ankle injury.

Charlie Daniels has not featured since August after picking up a knee injury, and will not feature again. David Brooks is another suffering from a long-term injury and is yet to make an appearance this season, as he recovers from ankle surgery. 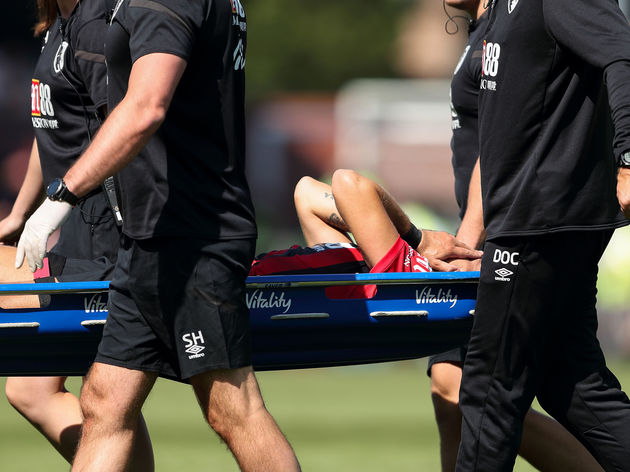 ​Watford have an injury crisis of their own, despite their good form. Danny Welbeck is expected to return to the first-team in February following a thigh injury, much like Tom Cleverley, who has also been ruled out with a calf injury.

Daryl Janmaat has not featured since November after suffering a blow to his knee, but is expected to regain fitness in January. Will Hughes, on the other hand, will not be available for his side's trip to the south coast as he recovers from a groin injury.

Sebastian Prodl has featured just once this season, at the beginning of October. He will continue to watch on as he recovers from a long-term calf injury, with no return date announced. Kiko Femenia was forced to receive treatment on New Years Day following a hamstring strain, and will not feature again.

Christian Kabasele was sent off in Watford's last Premier League match and will be suspended for his side's visit to Bournemouth, but Roberto Pereyra's red card against Tranmere Rovers in the FA Cup was overturned and he is available. This fixture has been tightly-contested throughout the years, with an almost even record between the two sides.

Watford have slightly edged it, however, as they boast 40 victories in 116 meetings. This gives the Hornets a 34% win ratio, which proves how evenly-matches these sides have been. Bournemouth have beaten their opponents 38 times, and they have been deadlocked 38 times too, showcasing how similar the history of the two sides has been.

They have met nine times in the ​Premier League, with both teams sharing one win each and seven draws filling up the remaining games.​ The last two meetings have ended in a 3-3 draw and a 0-0 draw, so it can be unpredictable.

Bournemouth are undefeated at Dean Court against Watford since their promotion to the Premier League, but they face an uphill battle against the Hornets, who have been reinvented by Pearson. Although Bournemouth and Watford currently reside in the relegation zone, their form could not be more contrasting.

Watford have won three from their previous five league games, and are undefeated in four. Form like this has taken the Hornets from relegation certainties to a side that looks likely to achieve safety. Victories against Manchester United and Wolves has shows how far Watford have come in recent weeks.

The same could not be said about the home side, who have only picked up one victory in their last five outings, and are winless in four. They have only won two games since September and confidence is at an all-time low, as the Cherries have lost heavily to sides sitting just above the relegation places

Recent form points to only one winner, and that is Watford. With a number of important victories to boost their confidence, the Hornets will believe that they can beat a dejected Bournemouth side. Watford are free-scoring at present, and Bournemouth cannot stop conceding, so Watford will be strong favourites to not only beat their opponents, but climb out of the drop zone.​