​Real Madrid are still keen to sell Gareth Bale in the summer, despite quotes from his agent recently suggesting otherwise, but are struggling to find a potential buyer for the 30-year-old.

The Welsh forward has endured a tough year in the Spanish capital, being all-but written off by Zinedine Zidane in the summer, before a seemingly imminent move to the Chinese Super League collapsed at the eleventh hour.

Though he would return to the ​Real side, he has been vilified by some sections of supporters and the press since, and matters only got worse during the ​'Wales, Golf, Madrid' saga, in which he played up to the suggestion that he cared more about playing for his country - and his leisurely activities - than featuring under Zidane. All that considered, it came as something as a surprise this week, when ​his agent Jonathan Barnett said that not only is Bale 'going nowhere' in January, but it is also 'very unlikely' that he will depart in the summer.

Unsurprisingly, that's not a view shared by the club. According to ​The Telegraph, they do concede that it will be very difficult to offload Bale this month, but they remain keen to move him on and will actively endeavour to do so when the summer window reopens.

They are not thought to be expecting an avalanche of offers for the 30-year-old's services, and accept that even in the summer it may be tricky to attract offers for a highly-valued, highly-paid, ageing asset such as Bale. 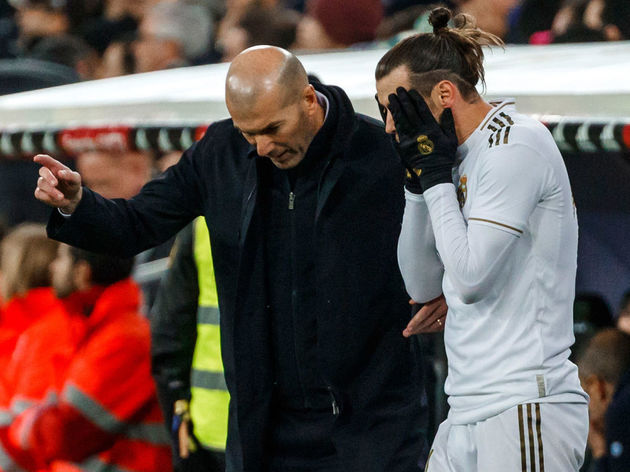 However, that won't stop them trying, so expect the same old tired Manchester United rumours to come to the fore once again come June.

Bale is currently sidelined with a chest infection as Real prepare for Sunday's Spanish Super Cup final with Atletico Madrid, and has scored twice and registered two assists in 14 appearances this season.