Tottenham Hotspur have reportedly agreed a £28m January deal for AC Milan striker Krzysztof Piątek, with the Pole now tipped to become a Spurs player in the coming days.

Spurs appeared to secure the deal with Milan within hours of news emerging that talisman Harry Kane requires surgery on a hamstring injury and will be out of action until April. Kane suffered the problem during the New Year’s Day game against Southampton and it represents a third season in the last four that has included at least one significant injury absence – he has previously suffered with ankle ligament trouble in past campaigns.

According to The Sun, Spurs will pay £23.8m up front for Piątek, with £4.2m worth of add-ons to be paid over time. The 24-year-old is expected to sign a three-and-a-half year contract and has been tipped to undergo a medical within 48 hours, likely before the end of the weekend.

Piątek will initially arrive as a replacement for Kane, but once the homegrown hero returns to fitness in April, the two will push each other and improve the competition up front. Until now, Kane has been the only recognised central striker in the Spurs squad this season.

While The Sun report that a ​transfer for Piątek is close, ​Gianluca Di Marzio reported on Thursday that Spurs initially tried to take the Poland international on loan, before a permanent offer featuring Juan Foyth and Victor Wanyama was also knocked back.

Having made his name in his home country – he enjoyed a prolific breakout season with Cracovia in 2017/18 – Piątek made the move to Italy in the summer of 2018 when he joined Genoa.

After that, the player’s rise was rather whirlwind. He scored 19 goals in all competitions in his debut half season with Genoa, including 13 in 19 appearances in Serie A. That prompted Milan to pay €35m (£29.75m) for his services last January.

Piątek continued to score for the Rossoneri, finishing the 2018/19 season with 30 goals in all competitions after netting a further 11 when he arrived at Milan. 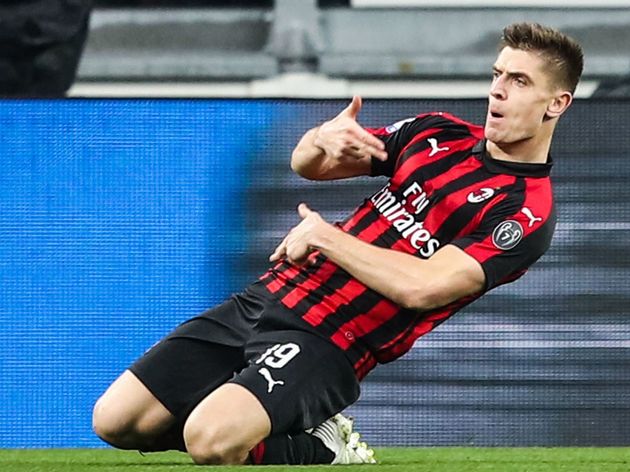 But this season has been much harder for Piątek and he has scored only four times so far. Milan have now turned to former star Zlatan Ibrahimovic, which appears to have signalled the end for Piątek's brief time with the club.