​Tottenham have confirmed that Harry Kane will be out until April with a hamstring injury.

The Spurs captain has been in good form for José Mourinho's side this season, scoring 17 goals in 25 games in all competitions. Kane was particularly lethal in the Champions League, becoming the youngest player to reach 20 goals in the competition back in October - taking the record away from Juventus legend Alessandro Del Piero.

The 26-year-old picked up the knock during Spurs' New Year's Day defeat to Southampton, though it was unknown how long he would be out for.

Tottenham have now revealed the extent of the injury in a press release posted on their ​official website which confirmed that Kane would be absent for the next three months.

The statement began: "Following ongoing assessment by our medical staff over the past week, we can confirm that Harry Kane will undergo surgery to repair a ruptured tendon in his left hamstring. "The striker suffered the injury during our ​Premier League fixture against Southampton last week and specialists have advised surgery after further review of the injury.

"The decision to undergo surgery is not expected to impact the timeframe that the England captain will be sidelined, with the expectation that he will return to training in April."

The news may convince Spurs to delve into the transfer market in search of a new striker, with Mourinho stating earlier in the week that he was ​not confident in his current players' ability to fill the void left by Kane's absence. 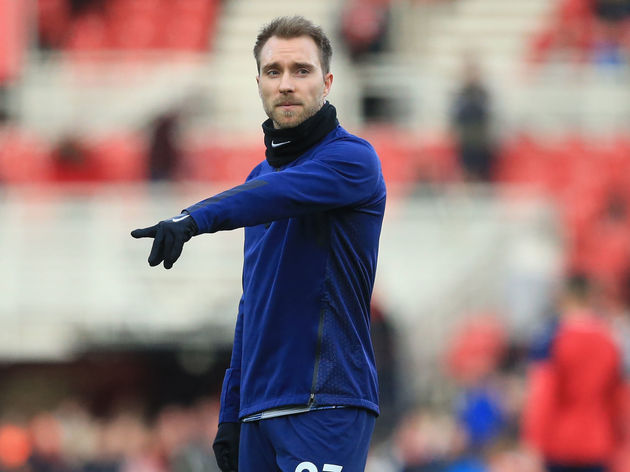 The club are understood to want to ​focus on the sales of Christian Eriksen and Victor Wanyama before they make any new additions, with ​Inter and ​​Manchester United currently engaged in a tug-of-war for the latter's signature.

If this can be achieved, Spurs are said to be interested in ​making a move for Milan's Krzysztof Piatek who has fallen out of favour at the San Siro of late - though they would face competition from another club with striking issues, Aston Villa.