​High-flying Lazio face Napoli on Saturday afternoon at Stadio Olimpico as the Serie A reaches the halfway stage of the 2019/20 campaign.

Lazio are one of the most in-form teams in the world at the moment, winning each of their last 11 games in domestic competitions, including an impressive 3-1 victory over champions Juventus. Napoli on the other hand...Well, they haven't been as good. Not even the sacking of Carlo Ancelotti and the appointment of legendary Italian midfielder Gennaro Gattuso has done the trick, as the Naples side have only won one of their last five Serie A matches.

Winning this weekend would send Gli Azzurri into seventh position, which is - to their standards at least - not good enough for this stage of the season. It would though at least be the start of a revival.

Without further ado, here's 90min's preview for the clash. 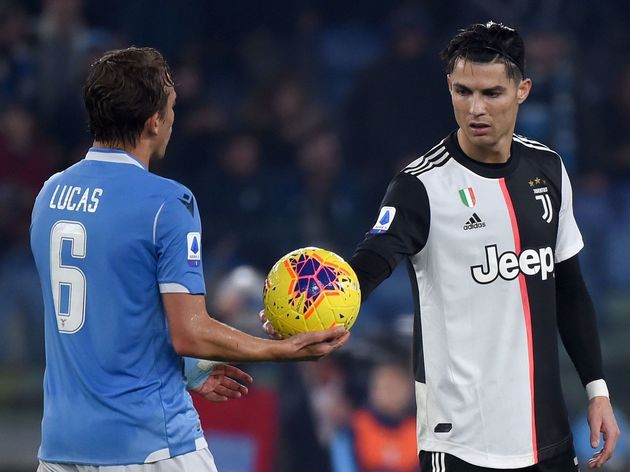 Valon Berisha - yet another midfielder - misses out for the hosts as he remains sidelined with a hamstring injury. Thankfully though, the hosts have a fairly balanced squad to deal with such absentees effectively.

Gennaro Gattuso will have a selection headache to deal with as star men Kalidou Koulibaly (arm) and ​Dries Mertens (thigh) are unavailable for the Italian giants.

Kevin Malcuit and Faouzi Ghoulam are major doubts as they continue to recover with their own injury problems. Fairly even, then, as both sides are seemingly weakened by the absence of key players.

​Napoli, as you may expect, have dominated proceedings between these two clubs across their illustrious histories. In 29 meetings between the sides, Napoli have been victorious on 14 occasions, whereas Lazio have only won seven times with the remaining eight have settled as draws.​

Gli Azzurri have been particularly difficult to beat in recent times, beating Saturday's hosts by an aggregate score of 8-3 across three recent victories.

The last of these meetings ended 2-1 as Callejon and Milik secured a win at Stadio San Paolo last January.

Oh Lazio, Lazio, Lazio. 11 wins in a row in Italian competitions, and better still - they are currently third in ​Serie A with a sizeable five point gap between them and fifth placed Atalanta.

Only Atalanta can best their goalscoring returns this season (48) as they have netted 40 in Serie A, one more than league leaders ​Inter.

Ciro Immobile has been on fire, scoring a league-high 19 goals this season, averaging one every 73 minutes. That's outrageous, and even more so when you realise that the league's second top scorer ​Romelu Lukaku has only netted on 14 occasions.

Napoli meanwhile sit in eighth place in Serie A and are a huge 11 points behind Roma in fourth position. As a club that often graces the European stage in the Champions League, this simply isn't good enough and improvement is needed urgently.

Luckily for them, this is only the 19th match of the season and therefore there is still a lot of time to turn things around.

Here's how the two sides have fared in their last five:

Lazio have been relentless, whereas Napoli have been well below par. The visitors are in dire need of a victory but it just seems to be an uphill battle for them before they've even kicked a ball in this one.

Ciro Immobile is likely to star once more; and with the absence of Kalidou Koulibaly, his job will only become easier.