Everton midfielder Gylfi Sigurdsson has been identified as one of several players Carlo Ancelotti wants to sell after an unimpressive start under the new manager, according to a report.

The former Napoli boss was furious with his players following the Toffees 1-0 defeat against a weakened Liverpool side in their FA Cup third-round tie, which cumulated in a ​heated post-game dressing room exchange.

The Icelandic midfielder, who joined Everton from Swansea City for £45m back in August 2017, has just 18 months left on his £5m-per-season contract and heads a list of players that Ancelotti has supposedly lost patience with. 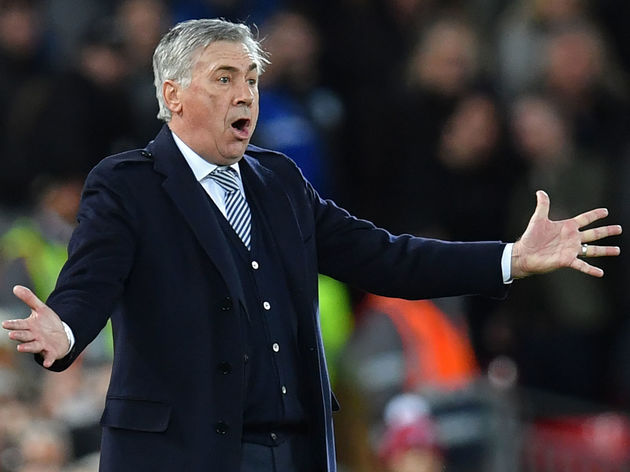 Moreover, according to ​The Sun, Sigurdsson joins Cenk Tosun, Theo Walcott, Morgan Schneiderlin and even England duo Michael Keane and Jordan Pickford on the list of players fighting for their ​Everton futures under Ancelotti following a poor start to the 2019/20 season.

Despite his England heroics, Pickford's future at Goodison Park is thought to be under threat for the first time after Ancelotti instructed Everton's director of football, Marcel Brands, to scour the market for another goalkeeper to rival Pickford as the Toffees number one.

Additionally, Ancelotti has voiced his desire to promote academy graduate Anthony Gordon ahead of Everton's fixture against ​Brighton on Saturday afternoon. The 18-year-old forward has been prolific for Everton's league and cup double-winning Under-23 side, scoring seven and registering three assists in 13 games this season. Speaking after the Liverpool defeat, Sigurdsson accepted responsibility and, when asked how Everton could make amends, stated: "Winning games. As simple as that.

"Of course no-one is happy when you lose and are out of the cup.

"I think we have only got ourselves to blame not to have taken our chances in the first half. It's very disappointing.

"We've just got to make sure we continue the form we had in the ​Premier League in the last couple of weeks and try to finish off the season strongly," Sigurdsson added.