​Chelsea have flown the flag for youth this season with homegrown youngsters lighting up the Premier League and cup competitions, but it hasn't happened overnight, it has been a labour of love with one unsung hero pulling the strings.

Of course, many will point to the Blues' summer transfer ban as the catalyst for the emergence of youth at Stamford Bridge this season but it goes much deeper than that. Irrespective of the embargo, ​Chelsea were on the cusp of something special; the likes of Reece James, Mason Mount, Fiyako Tomori, Tammy Abraham and more were always set to be unleashed on the Premier League.

It has been years in planning and preparation, and yes Frank Lampard was the man to ultimately hand the Cobham revolution their debuts, but he was not the main protagonist in the story.

That honour falls to Chelsea's youngest-ever player to appear in the ​Premier League and the man who Lampard convinced to return to the Blues in the summer.

The Chelsea boss, newly appointed following a successful stint with Championship side Derby, may not have been able to recruit players but he made one stellar signing that went practically unnoticed - Jody Morris. Morris made his debut for the Blues at just 17 years and 43 days old against Middlesbrough in 1996. However, it is not his playing days that have thrust him into the spotlight.

A close friend of John Terry in the club's youth academy, the midfielder's career peaked at Chelsea where he was largely a squad player in the late nineties and early noughties, part of the squad that won the FA Cup and Cup Winners' Cup.

Though he also played for Leeds, Millwall and St Johnstone later in his playing career and won seven England Under-21 caps, Morris' crowning achievement in football may have come as a coach.

Chelsea's current number two is the man behind the current glut of youngsters wearing the badge with pride, having cut his coaching teeth at Cobham as academy boss.

In his two years in charge of the Under-18's, his side won every competition in which they entered, winning seven titles in total - matching the famous 'Busy Babes'.

The win over ​Arsenal in the FA Youth Cup Final in 2018 was the club's fifth in a row and equalled the record of that legendary ​Manchester United side. 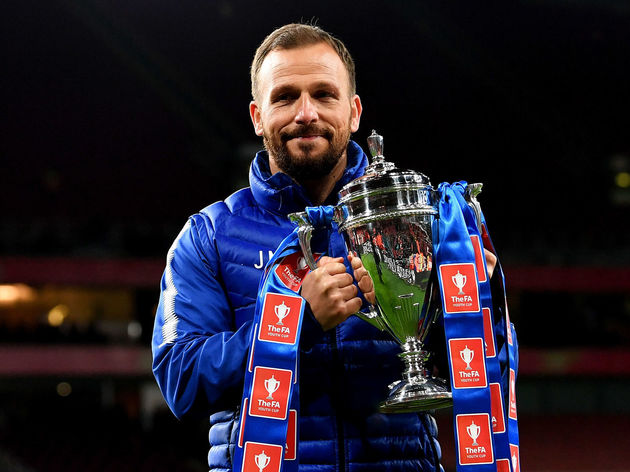 But although the trophies and accolades were nice, it's the lasting impact that Morris bestowed on his young charges and their career paths that is the most important.

All success stories in their own right but to really understand the magnitude of Morris's influence you need only look to one player, Mason Mount. From there the midfielder hasn't looked back, Morris and Lampard teamed up at Derby together last season and Mount followed his mentors to Pride Park, alongside fellow academy graduate Tomori.

And this season the 20-year-old has emerged as one of the most exciting talents in the English top-flight, appearing in every one of Chelsea's 21 Premier League games so far, scoring five goals.

Not only that but Mount has earned senior international recognition, winning six caps for England and even grabbing a goal in his country's 4-0 win away to Kosovo in November.

But aside from all that, it's the player he faced in that FA Youth Cup final that truly shows the scope of Morris' achievement, up against Mount was none other than Phil Foden. Foden has been used sparingly by boss Pep Guardiola in the league this season, restricted to just two starts and cameo appearances from the bench.

Now arguably Foden is perhaps an even better all-round footballer than Mount but he hasn't enjoyed the same trajectory as his counterpart and is yet to represent England at senior level.

Why? Because there is no continuity at Manchester City, none of the nostalgia nor pride in youth that currently rings around West London.

In 2017, City's Under-18's head coach was Lee Carsley. But the former ​Everton midfielder didn't go on to join Guardiola's backroom staff and create the path to the first-team as Morris did, in fact, he didn't even remain with the club. Nor did one of his players, a certain Jadon Sancho who also shared the field with Mount and Foden in the final, but who chose to follow Carsley out of the Etihad door that same summer.

Sancho was and still is one of the hottest prospects in world football yet didn't see a pathway to first-team football at City, opting to move to Borussia Dortmund.

And yes Mount did also earn his stripes away from Stamford Bridge but only on a temporary basis at Derby, and the Chelsea connection was still there.

He played under the watchful eye of Morris and his exodus from the Bridge was only ever going to be a short one as he gained the experience needed to break into the Chelsea starting XI. 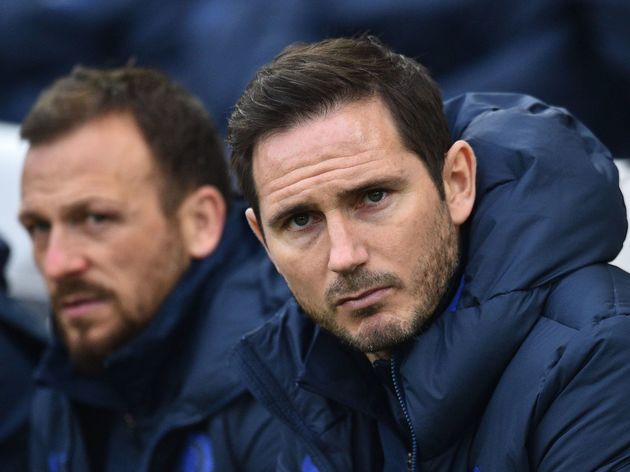 Fluidity at its finest but it has taken time and patience, it has been a project in the making and Chelsea owe a lot to their original wonderkid.

As for the future, speaking to the ​Evening Express, Morris hinted that his and Chelsea's work in bringing through the next generation had only just begun.

“There is massive pride among some of the people who have worked with them at the academy. It’s been a fantastic decade for the academy, but it doesn’t stop there," he said.

“You’re now looking at when the next ones will be coming through.”