United initially began brightly at Old Trafford, but a Bernardo Silva wonder strike gave City a lead and the home side quickly capitulated and found themselves trailing 3-0 at half-time. It was only a late consolation from Marcus Rashford that ensures the tie is not completely dead. 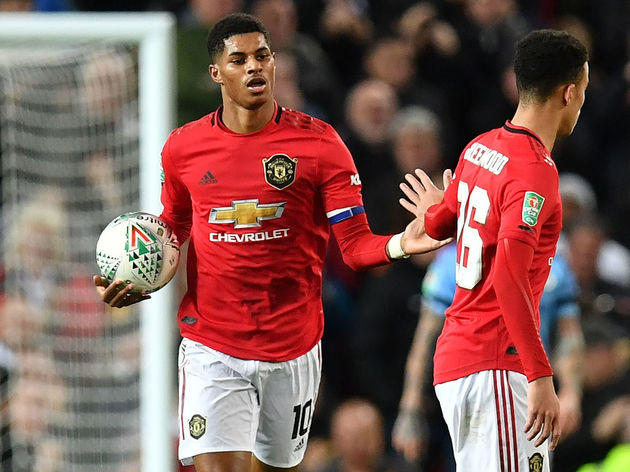 “From their goal until half-time, that is the worst that we have played,” a disappointed Solskjaer is quoted as saying by Sky Sports after the final whistle.

“From the first goal to half-time we just could not cope with that setback. We were running in between. The pressure didn't work and we let them play. Our heads dropped. We just made decisions that we should not do,” he added.

“Someone needed to take the responsibility and we did that in the second half.”

The United boss is well aware of the task that lies ahead to turn things around in the second leg. But he referenced his greatest night since taking over as inspiration: “We’ve shown before that we’ve been down from a home tie and turned it around, last year against PSG for example.”

The return leg at the Etihad Stadium is not until 29 January. Before then, United will return to Premier League action against bottom club Norwich at Old Trafford on Saturday. The rest of the month will also see two games against Wolves, as well as clashes with Liverpool and Burnley.