Roma vs Juventus Preview: Where to Watch, Live Stream, Kick Off Time and Team News

​Roma host Juventus on Sunday evening as the Giallorossi look to bounce back from a surprising loss at home to Torino, while the visitors try to keep pace in the race for the title.

Roma manager Paulo Fonseca has enjoyed a superb first half of his debut season in Italy, and a victory over Juventus would banish any minor doubts raised by the loss suffered in their first game after Christmas. Juventus will be hoping to replicate their convincing 4-0 drubbing of Cagliari on Monday as the Old Lady can't afford to drop any points with title challengers Inter joining them at the top of Serie A with an identical record.

Roma don't go into the game against ​Juventus with any new additions to the injury list. But the encounter comes too early for Bryan Cristante, with the midfielder recovering from a tear in his abductor muscle since late October.

Davide Zappacosta, Javier Pastore, Davide Santon and Federico Fazio stil remain unavailable. Fortunately, Lorenzo Pellegrini, who is having the season of his career so far, avoided a fifth booking in the match against Torino and so escaped a suspension. Other than long-term absentees Giorgio Chiellini and Sami Khedira, Juventus arrive at the Stadio Olimpico with a fully fit squad. However, Rodrigo Bentancur is suspended for the match following his dismissal in the 93rd-minute of the Supercoppa Italiana defeat in late December.

Any game between two of the Seven Sisters of Italian football has a long history and Roma against Juventus is no different. There have been 172 league meetings between the clubs, with the defending champions winning 82, drawing 50 and losing 40.

However, their last encounter saw Roma secure a 2-0 home victory at the end of last season, with Edin Džeko sealing the win in the 93rd-minute. 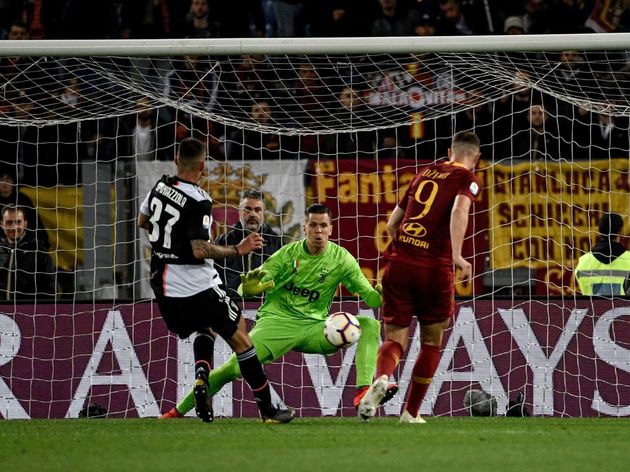 While Juventus have a superior record overall against Roma (and most Serie A sides) the team from the capital can fall back on their home games against the Turin based outift.

The aforementioned 2-0 clash last season was Roma's 32nd home win against Juventus, trumping the 25 away wins notched up by the Old Lady over the years.

Even though Roma deserved to lose in their most recent fixture with Torino, the Giallorossi have been quietly excellent under Fonseca this campaign, with Sunday's defeat their first since November.

This unbeaten run saw them creep up the league table and they go into Sunday's match sitting fourth in ​Serie A for the third consecutive week. Throughout the entirety of last season, Roma didn't grace the Champions League spots once and ended the campaign in sixth place.

A consequence of that finish has seen them compete in the Europa League this season, but despite being in a tough group, the Romans qualified for the Round of 32 losing only one match. Juventus had a December to forget, as the Scudetto holders dropped points at home to Sassuolo, and lost to Lazio twice - once in the league and once in the Supercoppa Italiana.

Having said that, Juve have dropped points in only four league games all season, with the first defeat to Lazio Maurizio Sarri's first in the dugout of the champions. Despite their impressive record in Serie A and comfortable qualification to the latter stages of the ​Champions League, things haven't quite clicked for Juventus this season.

The appointment of Sarri signalled a change of strategy for the Bianconeri. Previously a club who's mantra was ​'winning isn't important, it's the only thing that matters', they've hired a coach whose only trophy came less than three weeks before he was hired. Sarri made his name at Empoli and ​Napoli based on the type of football he played and the reaction of the fans, rather than the points, it brought.

In the first half of his debut season, it's evident that his methods are starting to permeate the idea of winning at all costs and at times - the fluid, quick passing moves that drew gasps from the Stadio San Paolo flicker in Juventus' attacks.

Juve's 4-0 victory at home to Cagliari could signal the pieces of the jigsaw finally falling into place. It was only the second time they had beaten a side by more than two goals under Sarri and ​Cristiano Ronaldo's hat-trick saw him become the second player, after ​Alexis Sánchez, to take home a match ball in the Premier League, La Liga and Serie A.

With Inter breathing down their neck for top spot, dropping any points in not an option for Juventus but Roma are not pushovers. Sunday's defeat was the Giallorossi's first loss at home in the league this season but their performance was lacklustre and they didn't deserve anything out of the game.

Juventus not only have a ten point advantage over Roma, but possess a Ronaldo with eight goals in his last five Serie A outings. 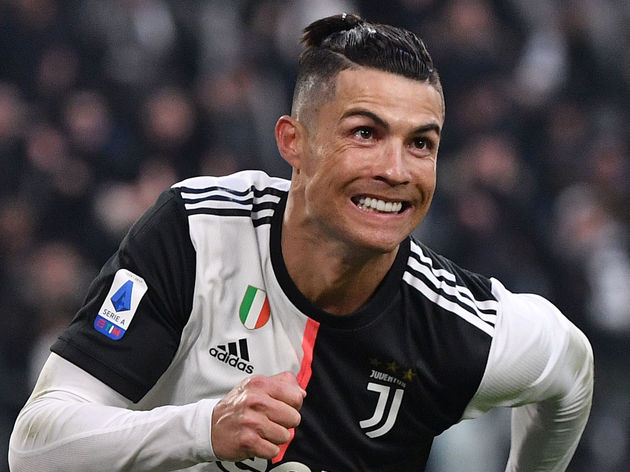 A fit and firing Ronaldo, not to mention an in-form Paulo Dybala, should strike fear into the heart of any defence, let alone one that has conceded 13 in nine home games already this season.

A Roma win wouldn't be a seismic upset but should Juve walk away from the Stadio Olimpico empty-handed, there will be one or two tremors in the Italian capital.