Lionel Messi sent Neymar a WhatsApp message begging him to return to Barcelona following defeat to Liverpool in the Champions League last season, according to France Football.

The 27-year-old left Catalonia for Paris Saint-Germain in the summer of 2017, joining for a world record £200m fee, but has found his spell difficult in the French capital. Last summer's headlines were dominated by the player's personal discontent and he made his feelings public that he wanted out in the summer.

The Catalans' director of football Eric Abidal also confirmed in November last year that bringing Neymar back to the club remains an option, but Neymar is believed to be more settled at present. 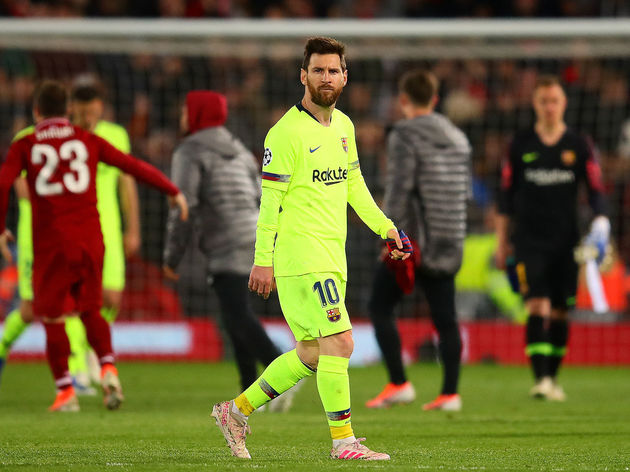 He has been linked with a move back to Barcelona, but back in May Messi is said to have set the ball rolling over a potential future transfer - telling the player that he was ready to leave Barcelona in 2021 and that he wanted to play together before Neymar took the mantle.

It's reported that he said via WhatsApp: "Only together can we win the Champions League. I want you to come back. In two years, I'm leaving, and you'll be alone, you'll take my place."

Despite his wishes to leave, Neymar was forced to stay in Paris after a series of meetings with members of the PSG hierarchy.

The last meeting, held on 27 August in Barcelona