​Manchester City manager Pep Guardiola has revealed that winger Leroy Sané could return to first-team training in a few weeks.

The German managed just 13 minutes of the Community Shield victory over Liverpool before rupturing his cruciate ligament in his knee, and he has been sidelined for the last five months while he recovers. 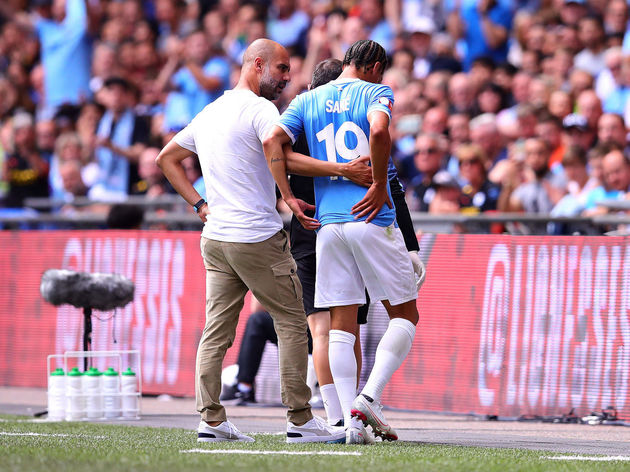 Fortunately, Guardiola has now confirmed (via ​Goal) that Sané has started working out again on his own, suggesting a return to competitive action may not be too far away.

“I think he is close,” Guardiola said. “I spoke with him two days ago and he said to me he is training alone with the ball, he is doing incredibly well.

“His knee looks really good so I don't think it is going to take too much time to come back to train with us. I think in the next few weeks he can come back.” However, Sané will likely still have plenty of work to do to get back to match fitness, but it certainly seems as though the winger is in the final stages of his recovery from such a serious injury.

Goal go on to suggest that Sané could return in time to face ​Real Madrid in the first leg of their ​Champions League round-of-16 tie on 26 February, and he may even be joined by centre-back Aymeric Laporte, who has been out since late August with his own knee injury.

Sané's return to fitness will likely spark even more transfer speculation. The 23-year-old was heavily linked with a blockbuster switch to ​Bayern Munich during the summer, only for his injury to put a halt to negotiations. The ​Bundesliga side have been tipped to return for Sané in January, although a summer transfer appears more likely as Bayern will have had the chance to see whether Sané has made a full recovery or not.

By then, Sané will have just one year remaining on his current contract, although ​City are thought to be keen to extend his deal before then.