​Barcelona striker Luis Suárez has won La Liga's Player of the Month award for December as a result of his outstanding form for La Blaugrana.

Suárez played five league games in the month of December and contributed to at least one goal in all but one of those matches, finishing the month with three goals and an impressive six assists.

He's such a prolific goalscorer, people forget that @LuisSuarez9 can set them up as well... 

To reward his phenomenal form, which helped ​Barcelona open up a lead at the top of the league table, ​La Liga confirmed on their ​official website that ​Suárez had taken home the award.

He was up against Sevilla centre-back Diego Carlos and Getafe forward Ángel Rodríguez, who finished the month with three goals of his own, but Suárez's overall level of play was enough to earn him the prize.

He began the month by creating a goal for ​Lionel Messi, before getting in on the goalscoring action a few days later against Mallorca as Suárez scored and assisted another in the 5-2 win. 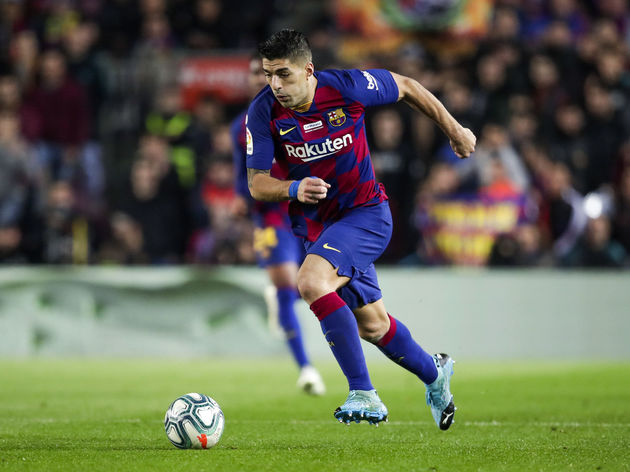 The striker again showed his importance to Barcelona by bagging another goal and an assist in a 2-2 draw with Real Sociedad, before drawing a blank in the dull 0-0 draw with fierce rivals ​Real Madrid.

However, he finished the month on a high note, bagging a goal and three assists in a 4-1 win over Alavés to round out 2019. ​Arturo Vidal

He might even be on track to win January's award as well, having grabbed yet another goal and assist in the recent 2-2 draw with Espanyol, meaning Suárez has been involved in each of his side's last ten La Liga goals. That takes his tally for the season to 14 goals and ten assists in all competitions, proving his status as one of the club's most important players.

Barcelona are still thought to be on the lookout for a long-term replacement for Suárez, but the 32-year-old is showing no signs of slowing down just yet.