​Arsenal manager Mikel Arteta has admitted that he was left furious by his side's woeful first-half performance in Monday's 1-0 win over Leeds United in the FA Cup.

Despite being the Championship side, Leeds were overwhelming dominant before the interval and could have easily been out of sight.

Fortunately for Arteta, the Gunners stepped up after the break and grabbed a second half winner through Reiss Nelson, after a much improved showing. But that didn't stop the former Manchester City assistant from revealing his fury after the game (via the club's official website) at how his side had performed in the opening 45 minutes.

"I wasn't happy at all," he said. "The first 30 to 35 minutes, how we started the game, how we approached the game... I tried to convince them before the game of what to expect of that team. ​Championship

"When I see what I don't want to see - and I'm not talking about technically and tactically - what I expect from them and the standards that we wanted to set in certain areas, I cannot be happy and I have to let them know. 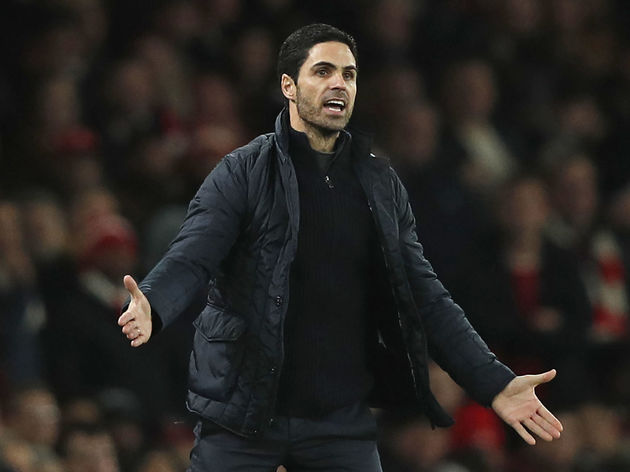 Striker ​Alexandre Lacazette also told the ​BBC about Arteta's rant when collecting his man of the match award, adding:

Fortunately, Arsenal got away with their poor showing as Leeds failed to capitalise on their dominance, but Arteta was adamant

"A nightmare, they’re a nightmare of a team to play against," he confessed. "I said before the game, to play against them is like going to the dentist, it’s tough, they make it really hard and they are a great team. "What they have achieved and to do it consistently with three days with those players. What they build there is powerful. You can see when you analyse their games that they are exactly like this. It’s top to see that, top."