​Mario Gotze will leave Borussia Dortmund for a second time when his contract expires in the summer.

The midfielder returned to Signal Iduna Park in 2016, having initially left to join fierce rivals Bayern Munich three years prior. He struggled for fitness during his final season in Bavaria due to a metabolic illness, with Gotze then agreeing a £20m transfer back to Dortmund. However, injury problems have seen him used sporadically by ​BVB, who offered new terms the 27-year-old deemed unsatisfactory, meaning he will become a free agent at the end of the 2019/20 campaign.

​Bild claim Dortmund were keen to retain his services, but Gotze's wage demands were too steep, with the ​Bundesliga side planning to give him a 30% decrease in salary.

It's thought that fellow German outfit Hertha Berlin are looking to secure the World Cup winner's signature, though he has been tipped to move abroad once he finishes his business in North Rhine-Westphalia.

No clubs have been named, but he would no doubt have plenty of suitors, regardless of his injury woes, having proved his talents when fully fit at his country's two biggest teams. 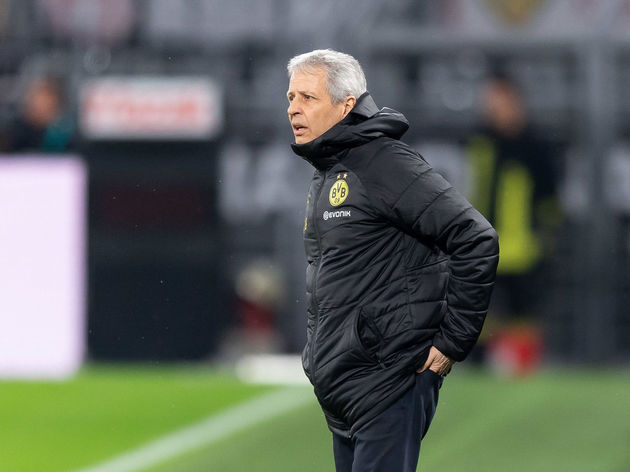 Gotze is not the only Dortmund player edging towards the exit door. Spanish striker Paco Alcacer is reportedly looking to ​engineer an escape​ route following the arrival of teenage sensation Erling Haaland earlier this month.

Alcacer is concerned he could become a bit-part player like Gotze, who has started only six Bundesliga matches this term. He's been equally peripheral during BVB's ​Champions League campaign, the academy graduate playing a total of 70 minutes in the group stages.

This year, Lucien Favre has preferred to use Thorgan Hazard, Marco Reus, Julian Brandt or Jason Sancho behind a lone striker, with the quartet helping Dortmund reach the knockout rounds of Europe's elite competition.