Juventus chief ​Fabio Paratici remains hopeful of bringing Mauro Icardi back to Italy, despite Paris Saint-Germain leading the race for his signature on a permanent basis.

The Argentine forward has enjoyed a prosperous loan spell with PSG, scoring 14 goals in just 18 appearances. As a result, the French giants are interested in bringing Icardi to Parc des Princes permanently in summer.

But Juventus, who were interested in signing the 26-year-old in the summer, aren't giving up on their pursuit of the striker. According to ​Calcio Mercato, PSG have a deal with parent club Inter to sign the striker for €70m at the end of the current season.

However, ​Juventus are hoping to lure the striker back to Italy where he has played the majority of his career, scoring 124 times in 219 appearances for Sampdoria and Inter. The temptation of returning to Serie A with the league's biggest club may be a temptation too difficult to refuse for ​Icardi, especially given the ageing profile of the Old Lady's current attackers.

It seems all but certain that PSG will win Ligue 1 for yet another year, currently sitting seven points clear of second place Marseille with a game in hand. But Icardi's decision could depend on the respective ​Champions League successes of those courting him, with both sides desperate to be crowned champions of Europe. 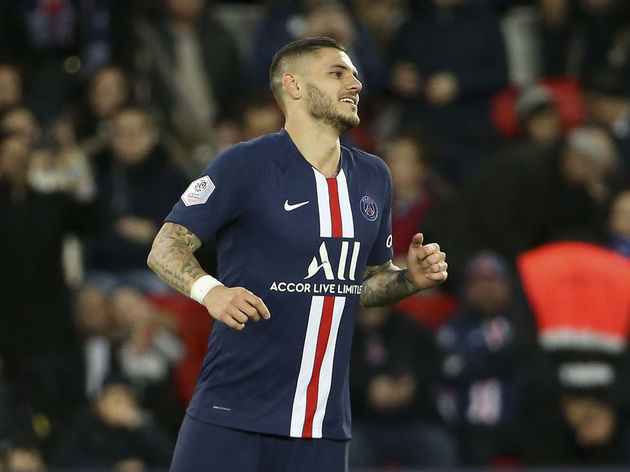 Thomas Tuchel will undoubtedly want to keep the Argentine around, especially given Edinson Cavani's potential departure at the end of the season as his contract runs out in summer. Meanwhile, Kylian Mbappe and Neymar will most certainly be linked with moves to La Liga come the end of the current campaign.

Juventus are more than aware of Icardi's quality and with Mario Mandzukic having recently left for Qatar, as well as Gonzalo Higuain and ​Cristiano Ronaldo both being over 32, the Turin side may have issues up top next season.

Maurizio Sarri has already added 19-year-old Dejan Kulusevski to his ranks, but the Swedish attacker has been loaned back to Parma.